A Gozitan Medic Down Under

Dr Ian Ellul chats with Prof. Maurice Cauchi – retired Professor of Pathology based in Australia – over a cup of tea at his residence in Marsalforn. Prof. Cauchi is member of the Order of Australia and has been awarded the Medal for Services to the Republic of Malta.

You were born in Gharb, Gozo in 1936. What are your childhood memories?

We had the most idyllic life … playing with friends in the street which served as football ground and spending entire days on end at the beach. On the other hand I also remember clearly being carried on shoulders in the middle of the night to the war shelter; I was only four years when WW II broke out.

I also cannot forget the village festa which was awe-inspiring. Remember that in those days there was no electricity. Imagine the streets in Gharb back then – lit with kerosene lamps which were placed at regular intervals – suddenly being illuminated, though momentarily, by the red, orange, blue and green fireworks … this experience is beyond comprehension for today’s children.

I also recall the harvesting, winnowing and threshing of wheat during summer. Gharb used to produce a lot of wheat. Entire families would help in the harvesting of wheat, reaping and then placing the wheat in large sheaves. These were then left  to dry out and in sultry weather days (riħ eħtrieq), farmers would take these sheaves to be separated from the chaff (ħuxlief). The threshing was done on a large floor (il-qiegħa). Donkeys or mules would be harnessed next to each other and these would go in circles, crushing the wheat and separating the grain from the husk. Farmers would then use a pitch-fork to throw the grain in the air. The wind would blow away the lighter chaff, whilst the grains, being heavier, would fall back down on the ground. A sieve would then be used to sift the grain.

Can you tell me more about your family in Gharb?

I was one of five siblings. The late Bishop Nikol Cauchi was my brother. I also have another one who is priest, Mgr Achilles Cauchi. Then there are two sisters. My mother was a house-wife. Our father, who was a sacristan, died relatively young at 56 years of age. He required a dialysis machine since he suffered from renal failure. This was  unavailable in Malta at the time. I recall that a certain Dr Tua used to perform peritoneal dialysis with saline. My far as my memory stretches, I always remember him deteriorating with time. He literally died in my hands …

After graduating in 1961 you went to the UK and read for a Masters at Middlesex hospital and then furthered your studies at the Royal Marsden Hospital where you attained a PhD in cancer research. A year after you finished your studies, in 1968, you returned to Malta. I understand that back then, the UK was the coveted destination of medical graduates. Why did you leave the UK?

Well, I returned to Malta to take a post of lecturer in Pathology at the UoM and  settle here. At the Pathology Department I managed to find a new foetal haemoglobin variant which I named Hameoglobin F Malta. However, regretfully after six months I came at loggerheads with the Head of Pathology Department since he did not want me to continue my research. This was a watershed moment in my career because I desperately needed to finalise my studies. At this stage Prof. Arthur P Camilleri and Dr Anthony Cuschieri stepped in and offered me a post within the Obstetrics department for those critical months which were needed to finish my work. I will always be indebted to them for this honorous deed.

Barely a year after, in 1969, you proceeded to Melbourne where you took a job as senior lecturer at Monash University. You never looked back until 1992. Why opt for Australia?

The decision was between Australia, Canada and the UK. I did what I had to do in the UK which I must admit, did not offer attractive salaries back then for my grade. I chose Australia since the salary was better than Canada, and it was also warmer.

You returned to your roots in 1992, this time as Professor of Pathology at the UoM and Director of Pathology, St Luke’s Hospital. I can understand this, but in 2003 you returned yet again to Australia. Was nostalgia that bad?

I used to commutate between Malta and Australia every two years or so, but in 1992 I returned to Malta and stayed there for 11 years. My decision to move back to Australia in 2003 stemmed from various reasons, including nostalgia since many of my friends were there. However, the main reason was that my daughter gave birth to twins and my wife wanted to be near her. I was retired by that time so there was nothing which held me back.

In Australia you went to great lengths to champion all matters relating to migration and ethnicity. In keeping with this you have advocated these issues through the Maltese Community Council of Victoria and Malta Virtual Migration Museum, to name a few. What made you do all this?

When I first went to Australia I immediately realised that the Maltese migrants were in dire need of a structure to safeguard their cultural roots. However, due to my work commitments, it was not until the 80’s that I actively started pursuing the matter through the Maltese Community Council of Victoria with a view to elevate the status of the Maltese living in Australia. Remember that almost all Maltese migrants were blue-collar workers, which reflected the average Maltese back in Malta. Indeed, I had conducted a study which found that only 1-2% of Maltese migrants had a higher degree, similar to Malta. However, the lack of education was more than compensated by their technical expertise since many migrants were ex-Dockyard workers. Almost all built their own houses. In fact, Maltese migrants have one of the highest home ownerships in Australia. I would also like to mention that also, in Malta, we had hereditary education i.e. if the father is a lawyer, most probably one or more of his children would follow suit. This was not the case for Maltese migrants in Australia.

Do you remember Maltese colleagues who were migrants like you?

I see you have a piano and cello. You love classical music?

Yes, indeed. It all started when I was young; my uncle had a harmonium and my cousin helped me learn the piano. Mostly autodidactic, I can play Mozart and some Beethoven. However, in view of problems in my right hand, some three years ago I started to take cello lessons, which is ideal since I make use of my left hand. I have now reached grade 7.

How did you see Gozo change in these last decades?

I remember when we had one ferry as means of locomotion between the islands, then the services of a helicopter was added (and removed) and now we have four ferries. One must appreciate the fact that to go from Marsalforn to example, Mater Dei hospital, one needs at least half a day. I have mixed feelings on the proposed tunnel. However I must add that an efficient transport system underpins the smooth running of Gozitan businesses, amongst other things.

Gozo has become very noisy, and this stems from the over-development which we are experiencing. Buildings which were once four floors are now being developed into five floors (whilst the permit for the sixth floor is being nailed to the facade).

You like writing, especially history relating to migration, and even poetry. Amongst your publications, in 2018 you penned Health and Society: Personal and Social Determinants of Health with special reference to the Maltese Islands. This book discussed challenges relating to the changing patterns of health as they affect today’s society … environmental factors, particularly pollution and stress. What motivated you to write this book?

The book was penned as an education interphase between medicine and the general public. This is not something new; 20 years ago I had penned another book Ix-Xjenza u s-Socjeta’. An article written along the same lines, ‘Doctors as Intellectuals’, has also been published by The Synapse Journal some time ago.

You are writing another book, right?

Yes, the book goes by the name ‘The Making of a Medico – a Memoir’. It is basically a narrative of my life … how it all began, my childhood, education, family, career … I will also discuss the bouts of depression suffered during my University life, stemming from the isolation which I faced back then. It was very challenging for Gozitan students to study in Malta. Remember that in those days there was no mobile, Facebook, or the like. You were alone.

The book also delves on the extensive research which I conducted on the issues relating to Maltese migrants in Australia. I managed to research 1st, 2nd and even 3rd generation migrants. I can staunchly say that the main challenge is the loss of culture, including language.

I refer you to my repository of online publications, https://mauricecauchi.wordpress.com/

From where can one buy the book?

From your experience as pathologist, which is the most important risk factor for cancer?

Being overweight, since the hormones associated with over-eating can be linked to colon and breast cancer, amongst other things.

You read the Synapse because …

It is a means of accessing research which is being conducted in Malta. I also appreciate the interviews. Keep up the good work! 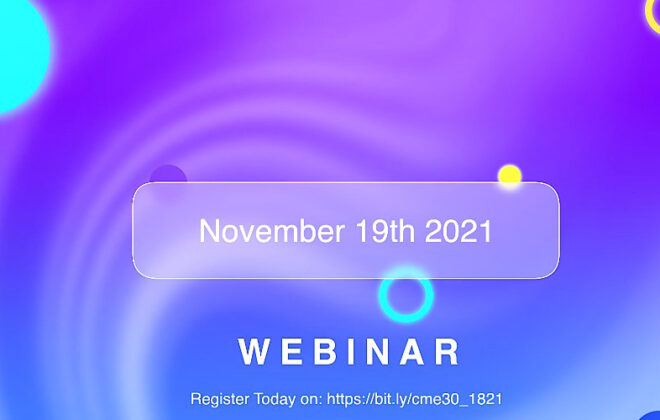 Toxicology – Antecedents and Beyond