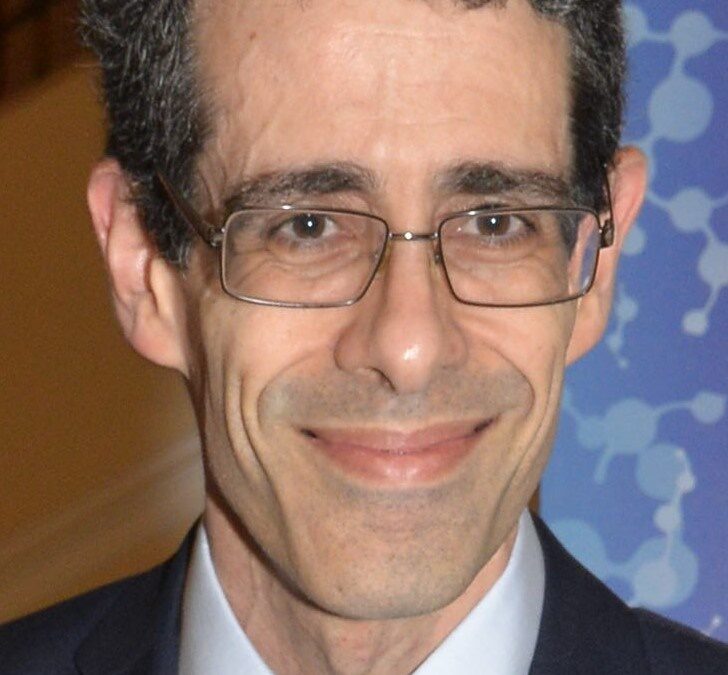 You graduated as pharmacist in 1991. After three years you were awarded a scholarship by the UoM to pursue your studies at the Institute for Tuberculosis Research, University of Illinois. You obtained your PhD in Pharmaceutics in 1998. Why did you choose pharmaceutics?

The scholarship was related to pharmaceutics, which I must admit was fortuitous since of all the core sciences, Chemistry was my favourite subject. In hindsight I realise that my pharmacy background gave me the opportunity to approach chemistry from a different perspective; and indeed, this has offered a plethora of intriguing challenges along the years.

After coming back, you lectured in Chemistry for six years at Junior College; you then moved on to the UoM. What motivated you to make this change? Any thoughts in hindsight?

The objective of reading for a PhD was precisely that of continuing to conduct research locally. At that time I must admit that I had a quixotic view of what research entails. However, I was fortunate enough to get involved in the pharmaceutical industry which provided a forum to carry out research in an applied manner to address the challenges which the local industry faces.

Your name is inherently associated with the local pharmaceutical industry; indeed, for the past 15 years you have held the position of President of the Malta Qualified Persons Association. How did you see the role of MQPA change during these last 15 years?

Initially Qualified Persons (QPs) were represented by the Chamber of Pharmacists. However, there were a number of QPs who were non-pharmacists which equally needed representation, without any professional distinction. This is why we set up the MQPA. Obviously we kept an amicable and productive relationship with the Chamber. In recent years we also secured professional representation in the Pharmacy Council when the Health Care Professions Act (Cap 464) was revised.

The role of the Association remains essentially the same – that of supporting QPs and maintaining high professional standards; however, it has diversified in view of the new challenges which have presented themselves. Our membership of the European Industrial Pharmacists Group has given us access to their digital webinars with a view to address the professional development needs of our members.

In 2017 the Malta Medicines Verification Organisation, or MaMVO, was set up, tasked with implementing the Falsified Medicines Directive – which come into force on 9 February 2019 – across the Maltese pharmaceutical network. You represent MQPA as associate member on its board. What is MaMVO’s role?

The Falsified Medicines Directive (FMD) necessitates that marketing authorisation holders (MAHs) include two safety features on all prescription-only medicines placed on the European market i.e. a unique identifier, in the form of a data matrix with a serialisation number, and an anti-tamper device. The serialisation numbers are uploaded to a European central hub by the MAHs; the hub then transfers this data to all the EU and EEA countries, which have their own national repositories. Thus, the Maltese repository contains the serial numbers of prescription-only medicines intended for the Maltese market. Prior to dispensing, pharmacists need to check the anti-tampering device and scan the data matrix; when the product is dispensed the status of the pack  is changed from ‘active’ to ‘supplied’. If a medicine intended for another market e.g. Ireland is placed on the Maltese market via an Article 126a registration or parallel importation, upon scanning, the Maltese respository retrieves that number from the national repository of the other country, via the hub.

MaMVO has been established to implement the provisions of Commission Delegated Regulation (EU) 2016/161, which came into force in 9 February 2019.  MaMVO administers the local respository and ensures that all wholesaler dealers and pharmacies are connected to the respository with a view to validate medicines’ authenticity. MaMVO is also a coordination centre for investigation of alerts. Some alerts may arise due to an identifiable event e.g. repeated scanning of the same product or from a missing serialisation number which was not uploaded in the European repository due to technical problems. If there is no identifiable cause, the Maltese Medicines Authority needs to be alerted to investigate further since it is the competent authority, identified by the Commission Delegated Regulation, that has the legislative responsibility to do so.

Let us consider a Maltese wholesaler who distributes prescription medicines locally and which are sourced from a UK company which released the medicines prior to 9 February 2019. This means that these medicines will be non-FMD compliant, right?

Not necessarily. Companies may have been producing FMD-compliant packs prior to 9 February 2019 and, in this case the serialisation numbers would have been uploaded by the MAHs. However, some packs released prior to 9 February 2019 may have a unique identifier but no anti-tamper device, and these numbers would not have been uploaded. Also some products may have a data matrix for serialisation purposes in another non-EU market, such as India, where the serialisation requirements differ from the EU’s FMD requirements. If these packs are scanned, a false alert will be generated.

When do you envisage that all prescription-only medicines will comply with FMD locally?

There is no legislative deadline for all prescription-only medicines to become compliant, so the easiest computation would be the shelf-life of current stocks. Since the serialisation process can be quite challenging some companies may have resorted to stockpiling prior to the 9 February deadline. I envisage that all prescription-only medicines will probably become compliant within approximately 5 years.

Do you believe Malta is prepared for Brexit?

Local companies did their utmost to take preventive action against any envisaged shortages, since our healthcare industry depends primarily on the UK market. Measures range from stockpiling to making the necessary arrangements for MAH transfers from the UK to other countries e.g. Ireland. Unfortunately despite the best efforts some MAHs did not consider it feasible to take the necessary steps to continue to ensure supply to Malta.

What are your thoughts about Brexit vis-a-vis FMD?

As things stand, if there is a no-deal Brexit, the UK repository should be disconnected from the European hub since there can be no data transfer between the EU and 3rd countries without any overarching agreement and to date there is no such agreement. Efforts are underway to try to prevent the consequences of this but some events are beyond our control … we will have to wait and see.

Do you envisage any challenges in the forthcoming years?

In 2020 the industry will experience additional reporting obligations in relation to the anticipation of shortages, their envisaged duration and an action plan to manage these shortages. We are also seeing an increased use of biosimilars which require different professional skill sets locally, and not only from a manufacturing perspective; even clinically, biosimilar subsitution is a very different prospect to generic substitution.

Do you believe that parallel importation serves its purpose locally i.e. making medicines less expensive and more accessible to patients?

We are hearing a lot on AI, blockchain & ledgers. Is there scope for AI in the pharmaceutical industry locally?

I have recently been involved in research on olive oil and honey, using chemometrics, which is a field of application of AI. These are natural compounds and therefore by their very nature a mixture of many different compounds. Rather than employing excessive efforts to fully separate the components, we adopted self-learning statistical tools to help in the analysis of these complex molecules. I see these techniques as being transferable to the pharmaceutical industry, with various applications.

The marriage of AI with pharma is an exciting field which still has to bear fruits locally. Returning to the issue of shortages, there are tools which utilise self-learning models for extremely complex operations research analyses to predict under what conditions a shortage might be expected. Similar techniques can also be applied in quality control, but I believe it will also lead to a paradigm shift in quality assurance since if the machine can modify and optimise its response, then output response is continually improving and is not fixed. How do you conduct validation in this case?

Do you see any difference between the Nationalist & Labour administration with respect to your field of practice?

Malta Enterprise is entrusted to attract investment in Malta. It was active under the previous administration when it successfully attracted generic pharmaceutical companies to set up their manufacturing operations in Malta. Along the years this playing field has levelled off but Malta Enterprise has managed to identify another budding field i.e. medical cannabis production, and is spearheading this, together with the Medicines Authority. The Authority is also delving into innovative areas such as health technology assessments and medical devices regulation. Thus I think under both administrations, these organisations managed to identify the right opportunities for Malta and implement a successful strategy.

Malta could have its own Notified Body for the registration of medical devices. This would certainly reposition Malta on the European regulatory map and create a new investment niche with all its ramifications. What are your thoughts?

Unfortunately there are very few notified bodies in Europe, which is a cause of concern.  So yes, I agree that Malta should have its own Notified Body but this would take time to develop in view of the fact that there are other opportunities and challenges which demand our attention, including the medical cannabis production. However, Malta has always managed to punch above its weight through hard work, competence and successful foresight. Hats off to that!

I read The Synapse because … I always find at least one article, sometimes  more, which is relevant to the need to increase my knowledge and remain abreast of current developments. Its intrinsic value is that it increases the knowledge of its readers. Your eLearning Modules are also a valuable tool in this respect.

Shamans and Beyond … AYAHUASCA