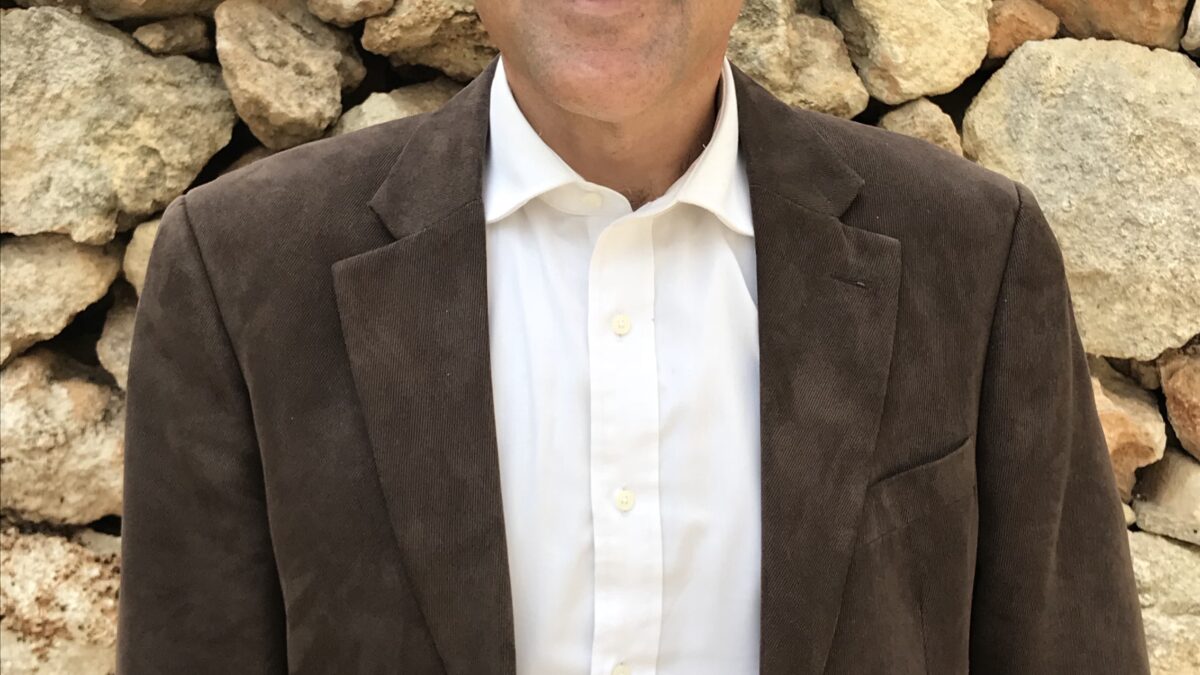 You were born in 1966. One may say that you had firsthand experience of the initial stages of the evolution of Paceville. There was Tigullio, Sticks & Vibes. Your adolescence also coincided with the infamous sex, drugs & rock and roll era, characterized by the likes of Rolling Stones, The Who, Pink Floyd, Queen and Led Zeppelin. What do you remember of those days?

I cherish my childhood and adolescent days. I attended the government primary school in Rabat and subsequently my secondary schooling at St Aloysius College. I remember serving as altar boy in St Domenic’s church, which led to my first trip to the Vatican City. Summers were fun. My grandfather had a summer house in St. Paul’s Bay. I spent my days with cousins enjoying the sea. At the time, Mintoff’s administration had severed the government’s grants to church schools; actually in 1982 the government had issued a legal notice which froze all church school fees. Some church schools were constrained to close. With this backdrop, I have fond memories when my class did a fundraising activity and all 30 students entered into an engineless Skoda.

I attended the New Lyceum Sixth Form. This was due to the 20-point system at the time. If I had chosen to remain at St Aloysius College, I would have automatically lost 20 entry points upon applying for University.

Returning to your question, I used to particularly appreciate Pink Floyd. I also remember going to Tigullio in St Julians and the Galaxy disco in Sliema during the weekends. Savoy cinema in Valletta was also a popular place during my adolescence.

How did you first meet your wife, which I believe somehow shares your professional field?

I met Anna in 6th form. We were both students in the same sciences class. She is a clinical psychologist. We got married soon after graduating from University. We have been together for over thirty years and shared many adventures. One of our greatest adventures was raising two young kids in the US while we were both studying.

You graduated as medical doctor in 1990. Why did you choose to specialise as psychiatrist at Yale University?

During the two years of housemanship in Malta, I began to understand that psychiatry was the way forward. Perhaps I was somewhat influenced by the fact that Anna had already graduated in psychology. I had decided to further my studies in the UK but a series of events led me to look into universities within the US. Back then, the US was deemed so far away. I remember catching thirteen planes in one week because of the various interviews held in different states. Anna was pregnant with our youngest at the time. I matched with many centres but chose Medical College of Virginia initially. However, after the first year, I applied to further my residency training at Yale. Yale is one of the top training facilities in Psychiatry. The decision was an emotional roller coaster. Once at Yale, I never looked back. The learning experience, practice and friendships I gained were priceless.

Your daughter followed your steps in becoming a medical doctor. Will she also follow you into politics?

Indeed, my elder daughter is studying psychiatry. Hands on heart, I always tried to avoid influencing my girls on their career decision. But there you go, even my younger daughter, who is a lawyer, opted to read for a Master in Human Rights at Queen Mary University. Both daughters chose careers which delve, either directly or indirectly, in the psychology of people. I think both myself and Anna have unwillingly influenced both of our girls in their choices.

Returning to your question, the answer is a simple no.

You represented the PN during the general elections between 2004 and 2015. In 2003 you contested the 11th district where you obtained 600 votes. You were then co-opted on 24 May 2004 after Prof. Josef Bonnici resigned from Parliament following his appointment as member of the European Court of Auditors in Luxembourg. What motivated you to enter into politics? What did your family say?

My stepping into politics was governed by interesting psychodynamics. My father never wanted me to enter politics. He died in 2002 and a year later I decided to run for the national election.

Anna was also apprehensive about my resolution, drawing from her firsthand experience of the hardships of politics; her uncle was the late Dr Lino Gauci Borda, a family doctor and a long-serving MP on the Nationalist Party’s ticket. Nonetheless, she always respected and supported my decisions.

In 2008 you were elected from another district, the 7th where you obtained 4338 votes. You were appointed Parliamentary Secretary for Health, and just two years later you were promoted to Minister for Health. Were you surprised of your rapid ascent to a Ministerial role?

Yes, I was. I was co-opted because Prof. Josef Bonnici went to the European Court of Auditors. I then became minister since Mr John Dalli was appointed as European Commission for Health and Consumer Policy. This play of events was totally unexpected and to a great extent took me by surprise. Inevitably it created a stir among colleagues who had more experience and wider involvement in politics.

I am really grateful for being given those opportunities during that time. However, the rapid turn of events gave me no time to reflect on it all. I lived through. I am certainly thankful.

In 2013 you were elected from the 7th district with 4477 votes, becoming spokesperson on arts and culture. You resigned on 16 November 2015 and decided to not contest the 2017 general election. In view of the fact that you were faring well in the elections why throw in the towel?

In 2013 I got elected from two districts in fact. Politics was equally rewarding and disappointing. I believe that the medical profession is geared to always offer assistance and that can be a reason why doctors are exploited in politics. My mantra never fully fit within partisan politics. Whoever knows me, knows that for me human dignity precedes everything. I will go out of my way to help anyone without expecting anything in return. The political climate today is unfortunately struggling to recall the real values that govern human dignity and the real reasons that should draw us to a political service.

For now, I can tell you I will not set foot in politics again.

You managed to successfully overcome obesity over a relatively short period of time. What was your secret?

Yes, that was a very unexpected and unique challenge. It all started some years ago when we went to the bank to take a loan to buy a family home. The bank informed me, that being overweight, I had to pay a higher premium on the health insurance. That was a watershed moment in my life. I started to run for approximately two hours, four times a week. Now I am 70 kg. I started to love running. When I left politics three years ago, I joined a running club. I would recommend it to everyone.

Is exercise that important for our holistic well-being?

The WHO recommends 150 minutes of exercise per week. I cannot overemphasize the contribution of exercise towards mental and physical health. The endorphins which are produced are a remarkable experience with an added benefit of stress reduction and mental well-being.

Malta has metamorphosized in recent times. We saw the introduction of civil unions for same-sex couples and emergency contraception as well as the decriminalisation of the vilification of religion to name a few. What are your views on Malta: Past, Present & Yet To Come?

Malta has experienced changes like any other country. These changes would have filtered in even if we were not part of the EU. The catalyst for this has been the social media which drives the thinking process. This is, per se, universal. I am not worried about the things you mentioned. Obviously, I am worried about the looming spectre of abortion.  However, I am particularly worried about the upbringing of today’s children who spend excessive time playing online games. Just as an example, when we were fifteen, we used to talk about and try to reach out to our peers and the opposite gender. Today we are seeing worrying trends … adolescents are opting to spend entire weekends at home playing online games.

Malta has a rich cultural history. Today Malta is transforming. Change is inevitable. Being a nation of resilient and courageous people, my hope is that we find creative ways to keep imparting the true solid values of respect, loyalty, care and honour to future generations. Each one of us has an important role to play in our daily lives in shaping Malta’s future

I read The Synapse because … it is readily available since it comes directly in your letter box. It also contains very relevant information. You ought to be proud of your product.

Brain activity may be predictor of stress-related cardiovascular risk