Single fathers have a higher risk of premature mortality than single mothers and partnered parents, according to an observational study that tracked more than 40000 people in Canada for 11 years, published in The Lancet Public Health journal. While the study could not identify specific causes of death, single fathers were more likely to lead unhealthier lifestyles, which may explain the increased risk. The authors say health professionals could help target this group. 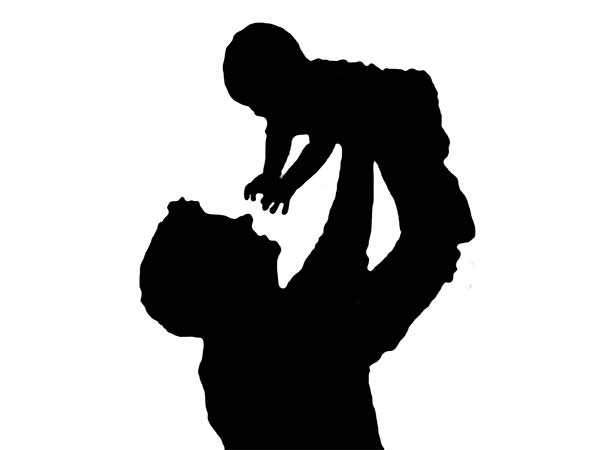 Single-parent families are becoming increasingly common around the world due to growing rates of divorce, separations, and couples having children outside of marriage.
Despite this, previous research on single parents has largely focused on single mothers, and no study to date has compared single fathers and mothers. There is only one similar study from Sweden, which compared single and partnered fathers only, and found that single fathers had a 30% greater risk of mortality than partnered fathers.
“Our research highlights that single fathers have higher mortality, and demonstrates a need for public health policies to help identify and support these men,” says lead author Dr Maria Chiu, Institute for Clinical Evaluative Sciences and University of Toronto, Canada. “While our study does not identify the exact cause of this, we did find that single fathers also tend to have unhealthier lifestyles, which could be an important area to address to improve health in this high-risk group.” [1]
The study included 40490 people who took part in the Canadian Community Health Survey, including 871 single fathers, 4590 single mothers, 16341 partnered fathers, and 18688 partnered mothers (average age 41-46 years). Single parents included people who were living at home with one or more biological or adopted children under the age of 25, and who were divorced, separated, widowed, single, never married, and not living with a partner.
The participants completed questionnaires to give details of their lifestyle and sociodemographic status, including their fruit and vegetable intake, physical activity, and binge drinking. This was linked to their administrative health records to identify medical conditions, how often they used health services, whether they died, and cause of death [2].
After a median of 11 years follow-up, 693 people had died. Single fathers were more likely to die over this period (5.8 deaths per 1000 person years, 35/871 died), compared to partnered fathers (1.9 deaths per 1000 person years, 345/16341 died), and single mothers (1.7 deaths per 1000 person years, 85/4590 died). Partnered mothers were least likely to die over the follow-up period (1.2 deaths per 1000 person years, 228/18688 died).
At baseline, single fathers were older, had a higher prevalence of cancer than single mothers and partnered parents, and were more likely to have cardiovascular disease than single and partnered mothers. Single fathers were also more likely than partnered fathers to have had an emergency medical visit or hospital admission in the past year.
While the leading cause of death for single fathers remained unclear (deaths were most likely classified as “other causes”), single fathers were more likely to lead unhealthy lifestyles. For example, they ate fewer fruit and vegetables, and were more likely to binge drink than single mothers and partnered parents.
The authors note that social differences could also play a role in the increased risk for single fathers, potentially leading to increased stress and fewer coping mechanisms. Single fathers were more likely to be separated, divorced, or widowed than single mothers.
After adjusting the findings to consider differences in age, lifestyle, health and sociodemographic characteristics, single fathers’ mortality risk over the 11 years of the study was more than two times higher than other parents’.
While the study found no differences between single fathers’ and other parents’ sense of belonging to their local community, the authors suggest that social support may also be an issue for single fathers who may be less likely to have social networks, social assistance and child support. However, the study did find that single fathers were more likely to engage with the health service than partnered fathers, which could offer an opportunity for doctors to intervene.
“Doctors’ appointments could be an opportunity for doctors to engage with single fathers to help them to improve their health. Research has shown that these conversations can help to motivate patients to adhere to treatment plans, make better decisions about their health, and influence their behaviour and recovery. Where possible, investing time in this way could be beneficial to help improve the health of this high-risk group.” Says Dr Chiu. [1]
The authors note some limitations, including that the study does not account for how long a person has been a single parent for, or whether their sociodemographic or lifestyle factors changed over time. Further work is needed to understand the causes of death behind the increased mortality in single fathers and initiatives that might help reduce their risk.
Finally, as there were a low number of deaths in the study, there is some uncertainty around the magnitude of the increased risk. Writing in a linked Comment, Dr Rachel Simpson, University of Oxford, UK, cautions that the mortality risk in this study is higher than the Swedish study, “Chiu and colleagues suggest that this difference in effect size could be due to different populations and more recent data from Canada. However, the study in Sweden had greater power with almost four times as many deaths in single fathers (137 deaths among 4260 single fathers) and the confidence intervals of the two studies overlapped. Nevertheless, single fathers do seem to have an increased risk of mortality compared with partnered fathers.”
She adds: “It is important to note the positive effects of having children in the household. In the study conducted by Weitoft and colleagues in Sweden, mortality was found to be highest not in single fathers, but in fathers who were not living with their children and in childless men living alone. These comparisons were not made by Chiu and colleagues, nevertheless, their results show that single fathers might be a particularly vulnerable group. From a public health perspective, health-care professionals should be made aware of this vulnerable group while further research is conducted to elucidate the reasons behind the increased risk of premature mortality in single fathers.”