The disease systemic lupus erythematosus (SLE) — marked by the attack on joints, skin, and kidneys by the body’s immune system — is linked to an abnormal mix of bacteria in the gut. This is according to a new study led by scientists at NYU School of Medicine. 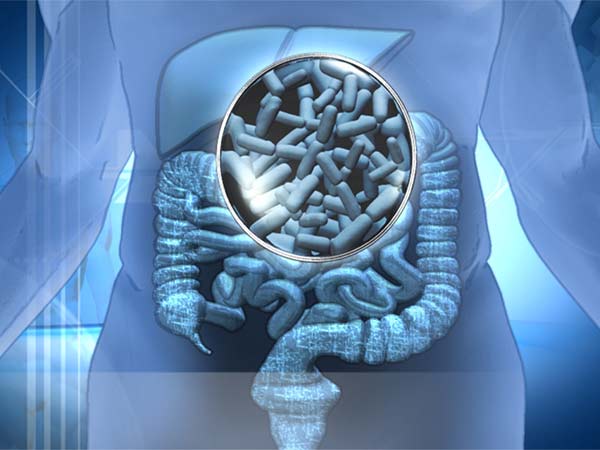 While bacterial imbalances have been tied to many immune-related diseases, including inflammatory bowel disease, arthritis, and some cancers, the authors of the current study say their experiments are the first detailed evidence of a link between bacterial imbalances in the gut and potentially life-threatening forms of SLE.

The new study, published in the Annals of Rheumatic Diseases online Feb. 19, showed that 61 women diagnosed with SLE had roughly five times more gut bacteria known as Ruminococcus gnavus, than 17 women of similar ages and racial backgrounds who did not have the disease and were healthy. Lupus is more common in women than in men.

Moreover, study results showed that disease “flares,” which can range from instances of skin rash and joint pain to severe kidney dysfunction requiring dialysis, closely tracked major increases in R. gnavus bacterial growth in the gut, alongside the presence in blood samples of immune proteins called antibodies, specifically shaped to attach to the bacteria. Study participants with kidney flares had especially high levels of antibodies to R. gnavus.

The authors say the specific causes of lupus, which affects as many as 1.5 million Americans, are unknown, although many suspect that genetic factors are partly responsible.

“Our study strongly suggests that in some patients bacterial imbalances may be driving lupus and its associated disease flares,” says study senior investigator and immunologist Gregg Silverman, MD. “Our results also point to leakages of bacteria from the gut as a possible immune system trigger of the disease, and suggest that the internal gut environment may therefore play a more critical role than genetics in renal flares of this all too often fatal disease,” says Silverman, a professor in the departments of Medicine and Pathology at NYU Langone Health. He also suspects that antibodies to R. gnavus provoke a “continuous and unrelenting” immune attack on organs involved in flares.

Among the more practical consequences of the new research, Silverman says, could be the development of relatively simple blood tests to detect antibodies to leaked bacteria, which in turn could also be used to diagnose and track lupus progression and therapy, even in the disease’s earliest stages. Current tests, he says, are often inconclusive and rely on signs and symptoms that only appear after the disease has already advanced.

Silverman, who also serves as associate director of rheumatology at NYU Langone, cautions that larger studies are needed to confirm how these bacteria may cause lupus. But if future experiments show similarly positive results, then it could result in shifts from current approaches to treating the disease, which focus on immune-suppressing anticancer medications to relieve symptoms and injury to the kidneys.

If the study team’s results are validated, then some current treatments may actually be causing harm if they impair overall immune defenses against infection.

Instead, Silverman says, future treatments could include inexpensive probiotics or dietary regimens that impede R. gnavus growth and prevent flares. Fecal transplants from healthy individuals would also be a possibility.

Alternatively, Silverman says, new treatments could also be used to promote growth of Bacteroides uniformis, bacteria thought to hinder growth of R. gnavus in the gut and whose numbers decreased by as much as fourfold in study participants with lupus when compared to those without the disease. Experts say that over a 1,000 different types of bacteria make up the human gut microbiome.

For the study, researchers analyzed blood and stool samples from participants. Researchers were surprised to find strong immune antibody reactions to R. gnavus in the blood because the gut lining prevents the bacterium from escaping to other parts of the body. Researchers say this suggests that small pieces of the bacteria, known as antigens, must have “leaked” into the gut to trigger the immune reaction.

Fish oil supplements have no effect on Type 2 diabetes