Dr Ian Ellul catches up with Dr Deo Debattista, a family doctor and Parliamentary Secretary for Consumer Rights, Public Cleansing and Support for the Capital City within the Ministry for Justice, Culture and Local Government.

TS: This year you will be 56 years. Describe Dr Jude Taddeo Debattista in one sentence.

I have not heard my full name for a long time … Jude Taddeo Debattista. You compel me to delve into my past. My mother had a very bad obstetric history. She gave birth to her first two sons who died immediately after birth. However, my mother did not lose hope and made a pledge to the patron saint of lost causes, Saint Judas Taddeus, that if she ever managed to give birth without any complications she would name that child after him. So when I was born – delivered with the now obsolete high forceps procedure – she kept her promise and named me Jude Taddeo. After my birth, my mother also had a set of twins, also boys, of whom only one survived. Returning to your question, I would describe myself as a doctor who evolved into a politician to behave like a doctor.

TS: You initially wanted to become a lawyer. However, you became doctor simply because your mother advised you to follow the advice of Fr Dominic Scerri – the rector of your secondary school. What are your reflections on this?

Being born and bred in Valletta, it was natural that I receive my primary and secondary education at St Albert the Great college in Old Bakery Street. In Form 3 we had to choose between science and arts. Now, I remember watching a popular TV series – in the seventies – whose protagonist was a very skilled lawyer, Dr Tony Petrocelli, who used to defend the weak and oppressed. This character, interpreted by Barry Newman, convinced me to choose arts to pursue the profession of Doctor of Laws. However, when I spoke to Fr Dominic Scerri – who was my Rector – of my choice, he cajoled me to pursue sciences to become a doctor instead. My mother echoed his advice. And so be it. I became a Doctor of Medicine. Looking back I must admit that Fr Scerri’s foresight was correct since studying medicine was probably my best decision ever. Indeed, after graduating I started training in surgery since I aspired to specialize as surgeon. I even made the necessary exams to further my studies in the US. Nonetheless I had to relinquish this move for medical and personal reasons. Thus I chose to specialize as family doctor in Malta. Fast forward to 2013, when I was planning to cross the sea again, this time to Canada to practice as family doctor; I felt that I needed a change. However, I was elected to parliament. Again in 2017, my family decided that if I were not elected, we would move to Canada. But here I am!

TS: You have come a long way from your humble origins.

Your father was a most indefatigable cook and your mother a house-wife. However, both you & your brother – a bank manager – have climbed extremely well the social ladder … My father was a workaholic, working split shifts. His father – my grandfather – was captured and made prisoner of war in North Africa and when he was released and returned to Malta, he suffered from what may be known now as post-traumatic stress disorder. He died shortly after. My father was thereby forced to leave school and start work; they lived during the second World War. On the other hand, my mother also lost her mum at a young age and being the eldest, was expected to go out to work. This she did. Both parents, due to the aforementioned life events, were early school leavers. In keeping with this, the first books which our house saw were Janet and John, which was a series of reading books for children. I was, and still am, an avid reader.

TS: Am I correct to say that you got your stamina from your father and ambition from your mother?

TS: You like reading, dancing, playing football … what else do you enjoy doing?

I simply live for those few hours during the week when I go out for a good meal with my wife, just the two of us.

TS: How do you define a good politician? Do you consider yourself as such?

In my opinion, a good politician is one who remembers to be good despite being a politician; however, how can I judge myself? Only the electorate can.

TS: Is there a person who is your role model?

It might sound obvious but I would definitely mention Dr Joseph Muscat. In my opinion he is a political genius. Having worked closely with him I must say that Dr Muscat has outstanding analytical skills in that he manages to analyze thoroughly any situation or challenge which presents itself. Experiencing him at work is similar to seeing a dissection; he manages to conduct a 360-degree analysis in a short period of time. I am lucky to work with him since his strategic skills are a constant learning experience.

TS: You have two children. Will they follow any of your footsteps?

My daughter currently studies medicine whilst my son has entered a different field and is doing a post-grad.

TS: If you were to exit politics today, what do you think will be your legacy?

The first is the introduction of medical cannabis, that is still picking up. We launched a consultation process on two important pieces of legislation, which eventually were passed in parliament, [1] The Production of Cannabis for Medicinal and Research Purposes Act [Chapter 578] and [2] Act No. XXXII of 2018 to amend the Criminal Code, Cap. 9, the Drug Dependence (Treatment not Imprisonment) Act, Cap. 537 and to provide for other matters dealing with them or ancillary thereto. I would also mention The Disposal and Collection of Waste in Valletta Regulations, 2018 [SL 206.02]. Amongst other things these regulations state that commercial waste collection can only be done between 3pm and 5pm and 12am and 3am from designated spaces. Before this legislation, refuse collection trucks being paraded through Republic Street during commercial hours was a common eyesore. At this stage, I must add that Valletta has improved drastically during these last five years or so, most notably from the investment poured in it as part of the European Capital of Culture project. In all fairness the bid was made by the previous administration but the current administration managed to successfully sail the boat in port. Today we have more than 250 catering outlets and 30 boutique hotels. For comparison’s sake, five years ago not even one boutique hotel was present.

TS: Coming to politics, you entered politics in 2013, maybe motivated by your previous discussions with the late Dr Karl Chircop. In keeping with this, between 2013 and 2017 you have increased your total vote count from 4473 to 5734. Any reflections?

This is multi-factorial. I continued to practice as doctor which is something which patients appreciate. Also, the leader of the Labour Party traditionally contests the 1st district, which is the district from where I get elected. Although in 2013, the deputy leader Louis Grech contested the 1st district, I was lucky enough that in 2017 both the leader and deputy leader chose to contest other districts. I reaped the benefit of this, especially since many people seemed to wish to elect someone who was born and bred in Valletta. You mentioned Dr Karl Chircop. If he were still amongst us, I would certainly not have stepped into politics; I would have chosen to help him instead. We were best of friends. Following his steps into politics is also my own way to commemorate this fine gentleman and true friend.

TS: Are you always in agreement with your direct Minister, Dr Owen Bonnici?

Always. Dr Bonnici is pragmatic, a good mentor and allows you to work under your own steam. It is common practice for a newly-elected MP to first become a back bencher, then become appointed to a parliamentary secretary role and then eventually Minister. So, being elected for the second time running, I was lucky enough to be promoted to a parliamentary secretary role and assigned to work with Dr Bonnici as Minister.

TS: You come from a very catholic background… educated at St Albert’s in Valletta, a regular church-goer… isn’t the Labour Party too progressive for you?

After all the Labour Party introduced, for example civil unions for same-sex couples and the morning-after pill. On the other hand, if a free vote is taken on abortion, how will you vote? I am against abortion in all circumstances and without any exception; this is also the stance of the Labour Party, as of today. I am also a firm believer in justice. As politicians we must act in a just manner so that no-one gets hurt or is left lagging behind which is why we introduced legislation, which although may be viewed by many as progressive, is fair and just. Ultimately, the introduction of such ‘progressive’ measures was only a matter of time. Abortion is a totally different matter both to myself and the Labour Party; I reiterate that both myself and the Labour Party are against abortion. 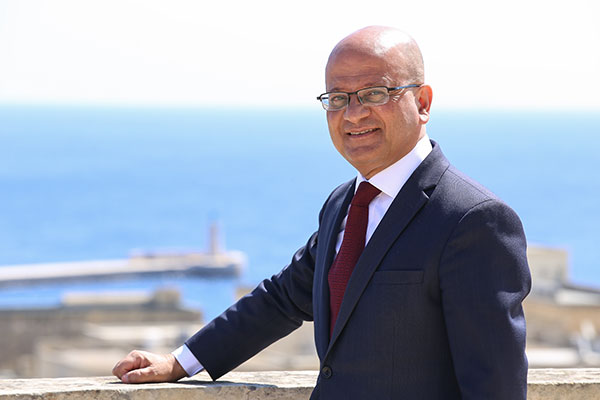 The short-term supplementation of monacolin K: lipid and metabolic patterns