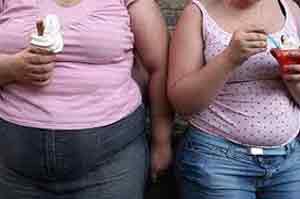 In the largest in-depth scientific study of its kind on the safety of teen weight-loss surgery, researchers report few short-term complications for adolescents with severe obesity undergoing bariatric surgery.

The study, published online in JAMA Pediatrics, is the first to provide much-needed safety data on bariatric surgery for adolescents with severe obesity. The findings represent the largest-ever multicenter, prospective study on the safety of weight loss surgery among adolescents. Led by investigators at Cincinnati Children’s Hospital Medical Center and funded by the National Institutes of Health, research was conducted at five sites around the country.

The study was conducted from 2007 to 2012 and involved 242 participants with an average age of 17 and median body mass index of 50.5. For reference, a 16-year-old girl of average height with a BMI of 50 has a weight of nearly 300 pounds. All participants in the study suffered from health complications resulting from obesity.

“This is important news for families considering bariatric surgery for severely obese teens,” said Dr. Inge. “Parents who are considering weight loss surgery for their sons and daughters worry about complications and ask a lot about the safety of surgery – this study should help to alleviate or at least bring those concerns into context.”

Obesity threatens the health of millions of children and adolescents, particularly the estimated 4–7 percent of youth who are considered severely obese. Over the past decade, approximately 10,000 teenagers have undergone bariatric weight loss surgery.