After so much debate over the last couple of years on IVF, one cannot say the final word has been said. We have certainly driven ourselves into a cul de sac, especially when both former Archbishop, and President of the Republic made relevant statements effectively halting the debate. Yet parliament still has an obligation to regulate a technology, which has been introduced into the country. Shying away certainly does no good; neither does deviating arguments to issues on the embryo.

Admittedly, the failure of discussions on IVF have centred mostly around concerns for the embryo. One columnist asserted it was about ‘embryocide’, making allegations that we are not being charitable to the truth. Whilst embryocide is certainly a concern, it is not the main issue in IVF. Embryocide, if it occurs, can be stopped. The main problem is a conflicting issue between a morality of a cherished institution and the ethical decision-making which is the responsibility of our parliamentarians, who unfortunately did not engage in a fruitful discussion on how to legislate, other than a report made by the Parliamentary Committee for Social Affairs.

The main concerns on IVF are that the Roman Catholic Church officially considers this technology as illicit. It is illicit not because of killing of embryos but because the natural conjugal act of the couple is taken away from procreation and it involves the manual stimulation of the male. The second problem which no one seemed to address is the second article in the constitution asserting this Religion as the official religion; is there any constitutional implications towards effective legislation in this area?

Certainly one cannot mince morality with ethical decision-making. The Church’s position is not likely to change in the near future. Yet many within the Church, not least the director of Cana Movement on a radio programme with me on RTK, asserted that if regulated legitimate couples should be able to avail themselves of this technology.

Certainly the use of IVF by couples has to be seen within the light of an existent relationship; no one will go through the expense without commitment to each other. It may not be within the normative values of the country to offer it to anyone else – singles, for example. Yet it is certainly a right of couples to make an ethical decision with regards to IVF, based on counsel obtained even from their pastoral connections, and an obligation on the part of the state to regulate what has been going on for years.

Many see IVF as a good in itself. This cannot be overseen. It has given many couples satisfaction. The government may, due to other pressures or beliefs, not decide to offer this on a national health service. But the fact that it allows private hospitals to make use of this technology shows it acknowledges its value. It cannot therefore shy away from legislating to regulate, and indeed protect the embryo from actions it deems immoral. To this effect, the same document Donum Vitae, which sees IVF as illicit, guides governments to regulate IVF according to sound principles to protect life, where this is existent. Conversely, the Bioethics Consultative Committee, after producing a document on the issue, and bringing the debate to the hands of the parliamentary committee for social affairs has certainly done more than its fair share.

Although it is noble for married couples who turn up to be infertile to accept their condition and not have children, this certainly cannot be imposed on them by society. That couples have a right to try whatever means to have children does not mean that children are being treated as objects owned by parents. It is not incompatible with moral law to treat such children as gifts as any other child. Conversely if it is natural that as we frown upon the breakdown of marriages, we do so as well on any unregulated use of this technology. Whilst liberal countries will not shy away from offering this technology to who is ready to pay for it, we must not allow legitimate couples to suffer because of slippery slope arguments. Certainly IVF is a service being offered, then government has an obligation to regulate or censure; either way the cooperation of the President and ecclesiastical authorities must be ensured to harmonise such decisions and not paralyse people’s representatives in parliament. It would mean defining what constitutes a legitimate couple; but that, then, is a different argument. In an ideal world, or in yester world, marriage was the prime stone of societies’ edifice; today GPs see the unfortunate scores of young people marrying, separating and settling down on longer relationships. Some are infertile. This behoves the question, ‘Do the same patient rights apply to them? Should we offer IVF to them?’. Saying no may mean redefining the Hippocratic Oath, Declaration of Helsinki and what have you. 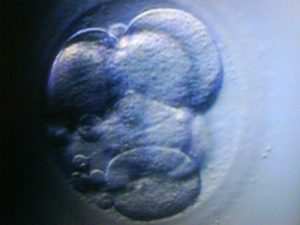 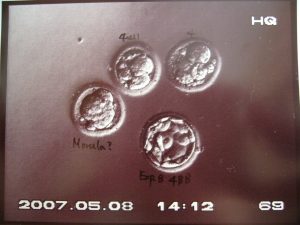