Glucose Intolerance, Diabetes or Insulin Resistance Not Linked with Pathological Features of AD 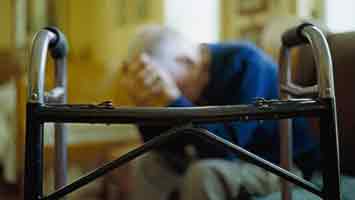 Glucose intolerance or insulin resistance do not appear to be associated with pathological features of Alzheimer disease (AD) or detection of the accumulation of the brain protein ß-amyloid (?ß), according to a report published by JAMA Neurology.

Glucose intolerance and diabetes mellitus have been proposed as risk factors for the development of AD, but evidence of this has not been consistent, the study background notes.

Madhav Thambisetty, M.D., Ph.D., of the National Institute on Aging, Baltimore, and colleagues investigated the association between glucose intolerance and insulin resistance and brain ?ß burden with autopsies and imaging with carbon 11-labeled Pittsburgh Compound B positron emission tomography.

“The relationship among diabetes mellitus, insulin and AD is an important area of investigation. However, whether cognitive impairment seen in those with diabetes is mediated by excess pathological features of AD or other related abnormalities, such as vascular disease, remains unclear,” the authors comment.

“In this prospective cohort with multiple assessments of glucose intolerance and insulin resistance, measures of glucose and insulin homeostasis are not associated with AD pathology and likely play little role in AD pathogenesis,” the study concludes. “Long-term therapeutic trials are important to elucidate this issue.”

Individuals with social phobia have too much serotonin – not too little