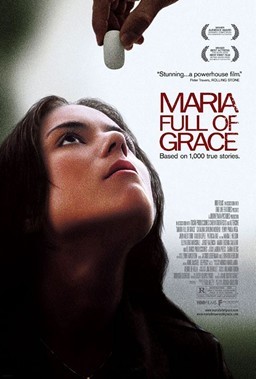 ‘Maria Full of Grace’ is a movie that centers on the perspective of drug mules as part of drug trafficking. We are introduced to women recruited to personally carry drugs across the border. Drug dealers employ these people to diminish their own chances of getting caught in the illegal contraband. In this movie, the method of smuggling drugs illustrated is swallowing.

The drugs swallowed may be wrapped, for example, in multilayered latex glove finger bits or multilayered condoms. The pellets are later recuperated after fecal excretion. Medical problems that may occur as a consequence of swallowing these drug pellets include intestinal obstruction and pellet rupture. Ruptured pellets should be treated as would a severe drug overdose and can result in death. Other alternatives to swallowing include inserting the pellets into orifices such as the vagina or rectum, but this is more prone to getting discovered in the event a body cavity search is conducted.

The protagonist, Maria, is a Colombian teenager who recently finds out she is pregnant. We see her kissing her boyfriend and suggesting to climb to the roof. During work at a flower plantation, she asks repeatedly to go to the bathroom and when the request is denied she ends up vomiting on the flowers. Later she quits her job. We see Maria dancing with another guy and praying in church. She tells her boyfriend Juan she is pregnant and he asks her if she wishes to marry him, however she is not keen to go live with his family and more importantly they are not in love.

Later, Maria was going to travel to see what it is like to work as a maid for a wealthy family. Speaking to a guy, she gets a drug mule job offer. Initially she expresses concern about those who get caught and end up on television. The guy takes her to the place where women were agreeing to be drug mules in exchange for a good monetary payoff. A man asks her if she has problems with diarrhea or constipation. She expresses some fear of getting caught, but the risks were then downplayed. Whilst trying to decide, she asks another girl she met at the bar about the job. She then starts practicing swallowing. The other girl, Lucy, tells her that they may lie about how many pills she would have to swallow. She warns her to ensure they are well wrapped, since if they open, she can die. Lucy gives her some friendly advice on clothing and other matters related to drug mules.

Maria witnesses the drugs being packaged into pellets. She is given tablets to slow her digestion. The man tells her not to stick her fingers too far inside when she is trying to swallow the pellets. He also advises her that none of the merchandise can go missing along the way since they know the exact quantities she ingested.

The drug lords sent multiple drug mules on the same flight, so in the event one of them gets caught, it would be easier for the others to pass … a diversion tactic. Maria soon finds her sister and Lucy on the same plane, as well as another woman, who were all working as drug mules. One of women felt she was getting her period and the other felt she needed to go to the bathroom. Maria ends up giving in to the urge to go to the toilet where she subsequently re-ingests expelled pellets. On the flight her friend Lucy tells her she is feeling unwell. Upon landing she is later approached by airport police who, after questioning, ask her consent for an x-ray but given she is pregnant does not undergo this.

A plain abdominal x-ray would have revealed the presence of the drug pellets. The radio-density of different drugs varies. Also, liquid-filled packages are more difficult to detect unless the airport has more sensitive radiological equipment.

A drug mule travelling on the same flight gets caught. Hence three of them were left, after one of the four was apprehended. Maria was distraught inside but outwardly trying to look calm and composed. The remaining three girls are subsequently collected when they leave the airport. They are given laxatives to evacuate quicker. The people collecting the drugs stated they did not care about her friend Lucy’s medical care. Maria and her sister run away with the drugs once they realize Lucy either died or was harmed or killed. The body of a woman was then found whose stomach was cut open, this turned out to be Lucy. Later they are advised to return the drugs before the organization decides to hurt their family back in Columbia.

At a pre-natal visit, the doctor tells Maria not to smoke and not to take alcohol or drugs. Eventually, they give back the drugs to the traffickers and manage to persuade them to get paid. Maria asks for Lucy’s part to give to Lucy’s sister but this request is refused.

‘Maria Full of Grace’ depicts risky ventures and their repercussions in association with the role of drug mules in unlawful drug transport and importation. Other possible means of trafficking include use of, for example, private planes and other ingenious packages. The police try to stay ahead of the emerging drug trafficking techniques, in order to try and stop the flow of drugs by breaking the chain of drug transfer. Using people as drug mules is an exercise in devaluing a human life. 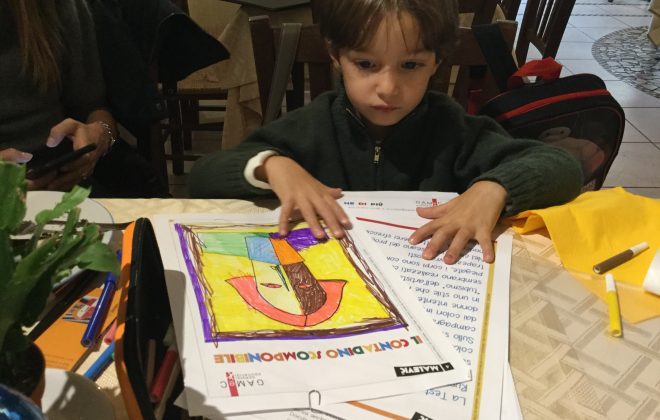 One hundred years ago….there was a “ jigsaw puzzle of a farmer”