Mothers’ breast milk can provide protection against infection that lasts for life, finds new research in mice by an international team of scientists including experts at the University of Birmingham. 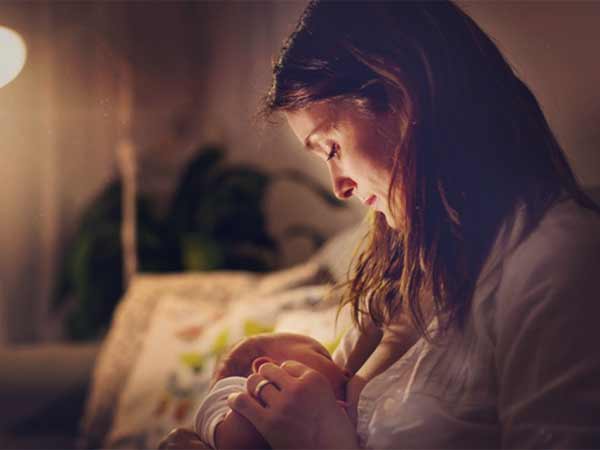 Previously, it was generally thought that immunity against illness is passed from mum to baby for only the period they are breastfed and this protection ends when breastfeeding stops. It was also thought that this immunity was transferred by a mother’s proteins such as antibodies that are used by the immune system to neutralize bacteria and viruses.

However, research in mice by scientists published in Science Advances, has found that the transfer of immunity can be long-term, beyond the period of breastfeeding. They also found that this protection was driven by the transfer of immune cells and was completely independent of antibodies.
The research found that infant mice breastfed by a mother who had a worm infection before becoming pregnant acquired life-long protection against this infection.

Unexpectedly, this effect was passed onto the infants by cells in the mother’s milk and not proteins such as antibodies. These transferred cells provided protection from worm infection throughout the body to the infant. This work shows that mothers exposed, even before pregnancy, to a globally prevalent source of infection provides long-term breastfeeding-acquired immunity to infection in their infants.

Lead and corresponding author Dr William Horsnell, who works across the University of Birmingham’s Institute of Microbiology and Infection, the University of Orléans in France and the University of Cape Town in South Africa, said: “Immune transfer from mother to infant via breastfeeding is a very important source of protection from early life infection.

“This is the first demonstration that infection prior to pregnancy can transfer life-long cellular immunity to infants.
“The work shows that exposure to an infection before pregnancy can lead to a mother transferring long term immune benefits to her offspring. This is remarkable and adds a new dimension to our understanding of how a mother can influence our health.”

Adam Cunningham, Professor of Functional Immunity at the University of Birmingham and co-director of the BactiVac Network which aims to accelerate the development of bacterial vaccines in a bid to prevent infections, added: “We are particularly interested in how these findings may help to design maternal vaccine strategies that provide longer-term protection to children.

“This work shows that maternal exposure to an infection can permanently alter offspring immunity. Currently vaccination of mothers to protect infants against infection is very important in boosting protection from infection to newborns, however this protection is considered to be transient.
“Our work shows that, in some cases, this effect can also be permanent. This could lead to the design of new vaccines that will be able to be given to a mother to transfer long-term immunity to her children.”

Professor Kai-Michael Toellner, of the University of Birmingham’s Institute of Immunology and Immunotherapy, added: “We hope this research will lead to human investigations into how maternal exposure to pathogens prior to pregnancy can influence infant health.”

Fractures Can Lead to Premature Death in Older People