Study is the largest meta-analysis to date and includes data from 81 randomised controlled trials.

Vitamin D supplementation does not prevent fractures or falls, or improve bone mineral density in adults, according to a new meta-analysis of 81 randomised trials published in The Lancet Diabetes & Endocrinology journal. Furthermore, the study found no differences in the effects of higher versus lower doses of vitamin D. 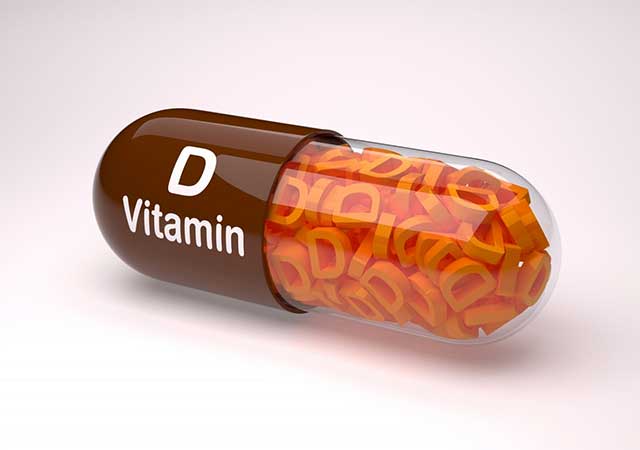 The authors conclude that there is therefore little justification to use vitamin D supplements to maintain or improve musculoskeletal health, except for the prevention of rare conditions such as rickets and osteomalacia in high risk groups, which can occur due to vitamin D deficiency after a prolonged lack of exposure to sunshine.

Vitamin D supplements have long been recommended for older people to treat or prevent osteoporosis, with some early evidence suggesting benefits for bone health. However, recent large-scale reviews have reported no effect of vitamin D supplementation on bone mineral density, falls or fractures.

The authors say that clinical guidelines that continue to recommend vitamin D supplementation for bone health should be changed to reflect the best available evidence.

“Since the last major review of evidence in 2014, more than 30 randomised controlled trials on vitamin D and bone health have been published, nearly doubling the evidence base available. Our meta-analysis finds that vitamin D does not prevent fractures, falls or improve bone mineral density, whether at high or low dose. Clinical guidelines should be changed to reflect these findings. On the strength of existing evidence, we believe there is little justification for more trials of vitamin D supplements looking at musculoskeletal outcomes,” says lead author Dr Mark J Bolland, University of Auckland, New Zealand.

In the study, the authors pooled data from 81 randomised controlled trials. The majority of the trials studied vitamin D alone (ie, not prescribed in conjunction with calcium supplements) and were of one year or less. Most included women aged over the age of 65 (77% of trials) who lived in the community and who received daily doses of more than 800 IU per day (68% of trials).

In secondary analyses looking at bone density, there were small differences for lumbar spine, femoral neck, and for total body, but none of these were clinically relevant. In addition, the authors conducted more than 60 subgroup analyses to verify their findings.

The authors note that the data were collected differently for falls in different trials, which might affect the study findings. While the authors rated all trials for risk of bias, there were methodological limitations in some of the trials. Additionally, they note that smaller trials of shorter duration tended to find stronger effects of vitamin D compared to larger trials of longer duration.

Because of the small number of trials with baseline 25OHD below 25 nmol/L (total of 831 participants), more research might be needed into the effect of vitamin D supplementation at these levels.

Writing in a linked Comment, J. Chris Gallagher, Creighton University Medical Centre, Omaha, USA, says: “The context for this analysis lies in the fact that many patients (and doctors) have been persuaded by various studies and social media that vitamin D is a cure-all. This thinking is reminiscent of the fervour that supported the widespread use of vitamin A, vitamin C, and vitamin E years ago, and all of those vitamin trials later proved to be clinically negative… There are still unanswered questions because 70% of daily treatment groups were of doses of 1000 IU per day or less, and serum 25OHD concentrations possibly did not reach the range of interest… The authors should be complimented on an important updated analysis on musculoskeletal health, but already I can hear the fervent supporters—what about the extra-skeletal benefits of vitamin D? Within 3 years, we might have that answer because there are approximately 100 000 participants currently enrolled in randomised, placebo-controlled trials of vitamin D supplementation. I look forward to those studies giving us the last word on vitamin D.”

More evidence that statins could prevent blood clots in the veins