The more you smoke, the greater your risk of atrial fibrillation

The more you smoke, the greater your risk of atrial fibrillation. That’s the finding of a study published in the European Journal of Preventive Cardiology, a European Society of Cardiology (ESC) journal. 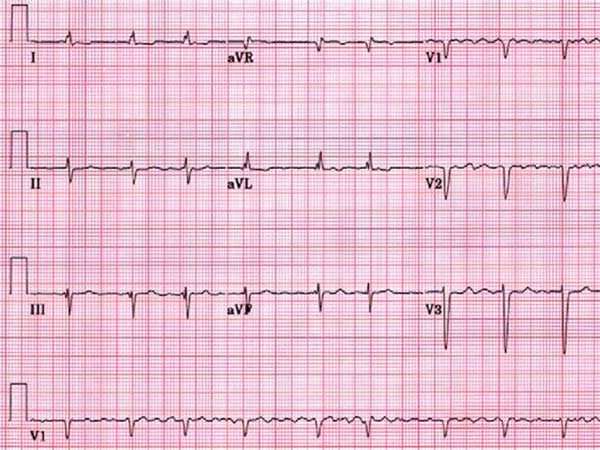 The study found a 14% increase in the risk of atrial fibrillation for every ten cigarettes smoked per day. There was a linear dose-response relationship, meaning that the risk increased with each additional cigarette smoked.

“If you smoke, stop smoking and if you don’t smoke, don’t start,” said study author Dr Dagfinn Aune, postdoctoral researcher at Imperial College London, UK, and associate professor at Bjørknes University College in Oslo, Norway. “We found that smokers are at increased risk of atrial fibrillation, but the risk is reduced considerably in those who quit.”

Smoking is a lethal addictive disorder. A lifetime smoker has a 50% probability of dying due to smoking, and on average will lose ten years of life. Slightly less than half of lifetime smokers will continue smoking until death. The rate of smoking is declining in Europe, but it is still very common and is increasing in women, adolescents and the socially disadvantaged.

Atrial fibrillation is the most common arrhythmia. It causes 20–30% of all strokes and increases the risk of dying prematurely. One in four middle-aged adults in Europe and the US will develop atrial fibrillation. It is estimated that by 2030 there will be 14–17 million patients with atrial fibrillation in the European Union, with 120,000–215,000 new diagnoses each year.

Few studies have assessed whether there is a dose-response relationship between the number of cigarettes smoked and the risk of atrial fibrillation. The authors of the current study investigated this issue by conducting a meta-analysis of 29 prospective studies from Europe, North America, Australia and Japan with a total of 39,282 incident cases of atrial fibrillation among 677,785 participants.

Every ten pack-years of smoking was associated with a 16% increased risk of developing atrial fibrillation. Pack-years are calculated by multiplying the number of packs of cigarettes smoked per day by the number of years the person has smoked.

European guidelines on the prevention of cardiovascular disease recommend avoiding tobacco in any form. All types of smoked tobacco, including low-tar (“mild” or “light”) cigarettes, filtered cigarettes, cigars, pipes, and water pipes are harmful.

Dr Aune said: “Our results provide further evidence of the health benefits of quitting smoking and, even better, to never start smoking in the first place. This is important from a public health perspective to prevent atrial fibrillation and many other chronic diseases.”

Dr Aune noted that more research is needed to identify the duration of smoking cessation needed to reduce the risk of atrial fibrillation, and whether the risk at some point reaches that of people who have never smoked.