The Concept of Cardiac Transplantation and Cellular Memory – ‘Angel Heart’

A manga, animated series and live-action drama named Angel Heart based on the work of Tsukasa Hojo, centers on a fascinating and somewhat controversial topic in neurocardiology, that of cellular memory. Angel Heart follows a heart transplant recipient as well as Ryo Saeba, also known as the underground sweeper ‘City Hunter’, who was the partner of the heart donor. Throughout the story some thoughts and memories are seen to resurface within the transplant recipient, in a highly dramatized manner, which were not originally her own. Cellular memory is a somewhat controversial scientific concept, often discussed and disputed, as either fact or fiction. 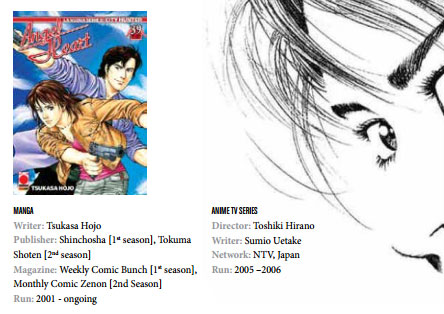 The series centers on a girl, trained and forced to become a top notch assassin named ‘Glass Heart’, who tries to take her own life after her most recent assassination mission. Simultaneously another woman, named Kaori, is declared brain dead, and given she had a donor card her organs are harvested. After being transplanted with Kaori’s heart, which was revealed to be a very close match upon histocompatibility testing, ‘Glass Heart’ is haunted by images and thoughts that she never knew she had, and had never encountered before.

This leads to the question if there may be indeed some form of memory transference to individuals who receive a heart transplant or if this is pure science fiction. It has been documented that people who underwent a heart transplant are more likely to exhibit changes in certain personality traits,1 and certain eminent real life case reports have also illustrated the possibility of cellular memory.2,3 Quite a few patient-recounted post-heart transplant reports may be found discussing the matter.4,5 Although skepticism exists around this topic, numerous theoretical explanations have been put forward in order to offer further insight into this phenomenon.6 For example, one of the hypotheses, ‘the neuropeptide theory’, envisages that the neuropeptides stored within every single cell could form the basis of a neuroendocrine biochemical mechanism for memory.7 More research is currently being carried out on different facets of cellular memory.8-12 Although some aspects of Angel Heart appear somewhat unrealistic and are added to increase dramatic tension and rivet the audience’s attention, they do bring attention to this concept of ‘cellular memory’, which, although controversial, does have its roots in stories and hypotheses reported in the literature.

This review is partially funded through the Endeavour Scholarship Scheme.

With Sports in her Blood

Antipsychotic Use May Increase the Risk for Diabetes in Some Children