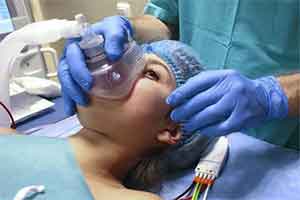 New research presented at this year’s Euroanaesthesia congress (London, 27-30 May) addresses the importance of discussing potential pregnancy and providing pregnancy testing for women of reproductive age before they undergo surgery, so that harm to mother and baby can be avoided.
Anaesthesia and surgery during unidentified pregnancy could result in risk to the mother or fetus, or both. Some patients may require imaging intraoperatively and pregnancy should be ruled out prior to surgery. In the USA, the American Society of Anesthesiologists´ Preanesthesia Task Force´ has published guidance allowing physicians and hospitals to implement their own policies and practices on preoperative (POP) pregnancy testing (PT). Frequency of discovered POp pregnancy ranges from 0.34% to 2.4%.
In the UK, guidelines NG45 issued in April 2016 by NICE (the National Institute for Health and Care Excellence) recommend POpPT should be considered following informed consent for all women of reproductive age group (WRAG) and ‘definitely’ on those who claim that they could be pregnant. This latest guideline also encourages the development of locally agreed protocols.
In this study, Ghosh and colleagues aimed to discover if all WRAG had their pregnancy status in the immediate POp period, and the performance of POp urine PT and incidence of unexpected pregnancy.
They analysed data from the Cambridge University theatre database to identify WRAG (16-55 years) who underwent non-obstetric procedures at Cambridge University Hospital. Electronic clinical notes were reviewed for a period of 8 weeks. A total of 511 patients were identified; 99.6% of WRAG were asked about the possibility of pregnancy. Of these, 1% said they could be pregnant and 3.8% were unsure of possibility of pregnancy; of these PT was documented negative in 24%. Possibility of pregnancy was denied by 94.7% and of them PT was negative in 17%; 25% were not tested for reasons documented as denial, recent menstruation, sexually inactive or hysterectomy; 57% were not tested and no reasons documented. POpPT were performed more routinely in the daycare unit (81%) than those admitted to main hospital wards (12%).
Although the testing carried out revealed no unknown pregnancies, the low proportions of women tested ? in both those that thought pregnancy was possible and those who thought it was not ? means that there could be at least some undetected pregnancies in women who go on to undergo a variety of surgical procedures.
Dr Ghosh concludes: “Urine pregnancy testing was performed in only 24% of women who were unsure of pregnancy status. There were some inconsistencies in checking and documenting pre-operative pregnancy testing between wards. By presenting this data to staff and rolling out some information leaflets we hope to increase awareness and hence, improve performance. Detecting unknown pregnancy could provide an opportunity to discuss and cancel elective surgery or alter perioperative management. This simple but significant test could potentially provide a better and safer service across hospitals globally, to both the mother and the baby.”

Does Inflammation Contribute to Premenstrual Symptoms?

Parental provision of alcohol to teenagers does not reduce risks, compared to no supply