Less-invasive procedures to open severely-clogged leg arteries were as good at helping people survive and avoid amputation as more invasive open surgeries, according to a study reported in Circulation:Cardiovascular Quality and Outcomes, an American Heart Association journal. 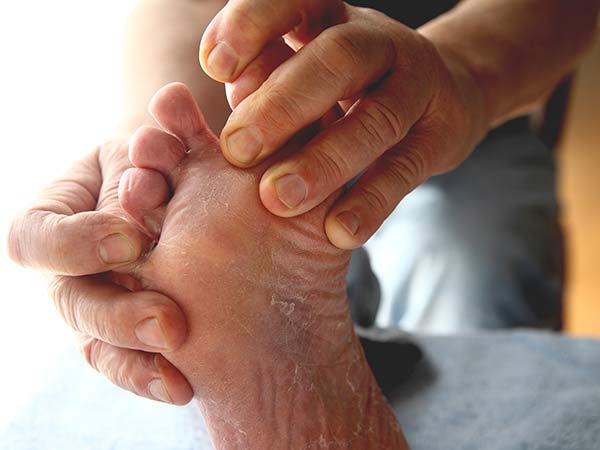 The most severe form of clogged leg arteries –critical limb ischemia– may result in slow healing leg wounds, gangrene, or the need for amputation. The study notes that the incidence of critical limb ischemia has continued to rise with the aging U.S. population. By the year 2050 it is estimated that the number of patients who undergo amputation will more than double from 1.6 million, to 3.6 million.

“The question has been whether to first offer an open surgery or an endovascular procedure to patients with critical limb ischemia. Each strategy has its benefits, but it is unclear which one first is optimal and we wanted to gain a better understanding of what the current outcomes were,” said Jonathan Lin, M.D., a surgery resident in the department of surgery at UC Davis Health.

In an open surgery, a section of vein from the patient (or a synthetic material if there is no appropriate vein available) is used to bypass the blockage and provide an alternative route for the blood to reach the lower leg and foot. In a less invasive endovascular procedure, the physician gains access to the inside of the artery with a thin, flexible tube and wire that is inserted through a small incision in the groin and guided to the blocked area. After the clogged area is opened, it can be supported and propped open by inserting a medicine-coated wire mesh tube.

Open procedures require a hospital stay and about a month of recovery. Endovascular procedures can be done on an outpatient basis and may be performed on patients who are not healthy enough for open surgery.

Investigators examined records of more than 16,000 patients (59% male, average age 71 years). Patients had undergone either open bypass first (36%) or an endovascular procedure first (64%) for critical limb ischemia at non-government hospitals in California between 2005 and 2013.

Compared with patients who received open surgery first, researchers found that, during the study period, those who were first treated with an endovascular procedure had a longer period of amputation-free survival and were:

less likely to require a major amputation – below or above the knee, during the study;
however slightly more likely to require another procedure or surgery to restore blood flow;
no more likely to die, although at the time of their procedures many had serious medical conditions such as kidney failure, congestive heart failure, and diabetes.
“The data here suggest that, in the grand scheme of things, an endovascular-first approach is at least not producing a worse result,” Lin said. “Regardless, the type of therapy a patient will receive needs to be a decision that patients and their physicians arrive at together. Critical limb ischemia is usually not an emergency and there is time to determine the most appropriate course of therapy. “

The study was limited by not having information on medical factors (such as the severity of their wounds and whether they had a long and wide enough vein to perform a bypass) that might have influenced whether patients were treated with open surgery or an endovascular procedure. The patient population was also limited to specific hospitals in California.