In recent years, a substantial increase in the number of eye injuries caused by laser pointers has been observed, especially in children and adolescents. Birtel and coauthors in the current issue of Deutsches Ärzteblatt International  (Dtsch Arztebl Int 2017; 114: 831–7) report sometimes severe retinal injuries and irreversible impairments to vision/visual acuity. 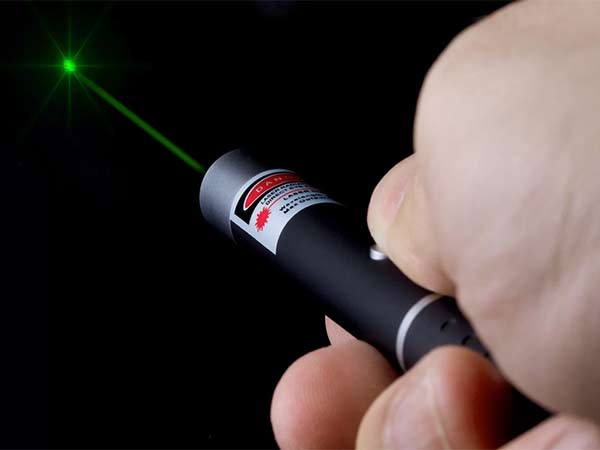 Depending on the wavelength of the radiation output, exposure time, localization, and spot size, laser pointers caused extensive photothermic damage to the eye. Natural eyelid closure and a fast reaction to turn away offer only partial protection against laser pointer injuries, the authors warn.

According to the authors, the risk of injury is higher for short-wave light (green laser pointers: wavelength 490–575 nanometers) than for long-wave light (red laser pointers: wavelength 635–750 nanometers). The retina is the primary focus of injury caused by photocoagulation, which may even lead to blindness. The radiation energy absorbed into the tissues triggers locally limited tissue heating, which may result in protein denaturation, loss of cell integrity, and inflammatory sequelae.

The authors emphasize that lasting damage to the retina is often caused by uninspected and erroneously classified laser pointers. Furthermore, the internet enables easy access to high-performance lasers. As for this reason, effective access controls are unrealistic, the authors advise that awareness needs to be raised for the risk of injury associated with lasers, especially in children.