Medical Research in the Movies:

Living Proof is a medical TV drama based on a true story. It revolves entirely around the clinical trials and tribulations of development of Herceptin®, including the struggles of some of the women enrolled in the initial single dosage exploratory ‘mouse protein study’ and Phase I-III trials. It provides very valid medical insights into the potential hardships of medical research, funding required for laboratory equipment, and recounts a development that proved to be a milestone in the treatment of HER-2 (Human epidermal growth factor receptor 2) positive breast cancer patients.

Trastuzumab, or as it is better known, Herceptin®, is a monoclonal antibody drug used to treat HER2-positive breast cancer and HER2-positive metastatic adenocarcinoma of the stomach or gastroesophageal junction by targeting the HER-2/ neu receptor.1-5 One of the opening scenes of the movie takes place in Dr Dennis Slamon’s laboratory, at the UCLA Medical Center in the US, where we are introduced to the protagonist and his new assistant. We are also presented to the individual lives of different women and their families, who are later diagnosed with breast cancer. The movie proceeds to introduce the audience to the various phases of drug development. The biotechnology manufacturer of Herceptin®, Genentech Inc., repeatedly referenced in the film, is seen in the movie to develop the drug jointly with Dr Slamon from UCLA. The complete drug developmental milestones in the real life story are somewhat more comprehensive, and also included other named scientists as well, responsible for contributing in various ways to the final breakthrough.

In parallel, we see one of the patients, diagnosed with breast cancer, being presented with the standard options of mastectomy, chemotherapy and radiation, which is what had been previously offered to her mother. Dr Slamon faced numerous challenges throughout the course of the research studies, including initial funding issues as well as personal hardships. In the Phase I trial, cisplatin was used in combination with Herceptin®. Nicole, who had stage 4 cancer was the first patient to originally receive the drug during, what is called in the movie, the initial exploratory ‘mouse protein study’. This involved a single dose to test for tolerance in humans. However, she did not meet the eligibility requirements defined by the protocols for Phase I, and was hence not included in spite of the efforts by her relatives. 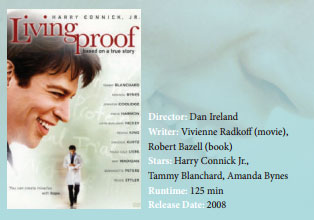 In the movie we see that the supraclavicular lump of a patient, enrolled in Phase 1, noticeably decreases in size. On the other hand, one of the patients passes away due to her advanced cancer. These situations proved to be an emotional roller coaster for the cohort. Not all Phase I patients moved forward to Phase II, given the stringent Food and Drug Administration (FDA) standards for inclusion. During Phase III trials, the National Breast Cancer Coalition advocates were involved to allow compassionate access to the drug for the women who do not qualify for the trial. Towards the end of the movie, during the Revlon Run/Walk for women, Dr Slamon meets the relatives of some patients. The movie ends with the approval of Herceptin® by the FDA, which happened in 1998.

Although not shown in the movie, but directly related to the chemical pathology field of the author, a trastuzumab assay has later also been developed for the bioanalytical quantification of trastuzumab levels in blood.6-7

This review is partially funded through the Endeavour Scholarship Scheme.

Caffeine affects food intake at breakfast, but its effect is limited and transient