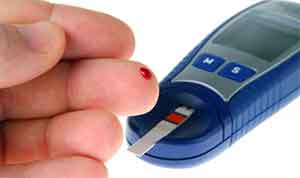 If hypoglycemia develops in premature babies and persists for over an hour, it can affect brain development. In order to prevent this, the babies’ blood sugar levels need to be measured at regular intervals, which, until now, inevitably meant taking blood samples. Drawing blood regularly from the sensitive little ones for hours on end, however, is impossible as the blood loss and stress would be too great. In a project funded by the Swiss National Science Foundation (SNSF), Empa and the University Hospital Zurich thus teamed up to develop the sensor “Glucolight”, which gages the blood sugar level through the skin, without taking any blood.
Although skin sensors already exist, they have to be calibrated before use, which means that the skin’s permeability value needs to be known. In order to establish this, the blood sugar value has to be determined via a blood sample and the glucose concentration on the skin measured. Based on these readings, the permeability can then be calculated and the sensor calibrated.

A different method to previous sensors
Glucolight spares the premature babies blood samples and enables the blood sugar level to be monitored permanently thanks to the sensor’s novel measuring technology, which comprises several parts: A microdialysis measuring head, which was developed at the University Hospital Zurich, with a “smart” membrane developed at Empa; light sources; a pump; and a microfluidics chip with a fluorometer, also developed at the University Hospital Zurich.
The smart Empa membrane contains special dye molecules, known as spiropyrans. If UV light is beamed onto these spiropyran molecules, they alter their chemical structure and become charged (polar). When irradiated with visible light, they revert to their original, neutral structure. As a result, the membrane “opens” if irradiated with UV light and glucose molecules diffuse relatively easily through the membrane from the skin. If irradiated with visible light, considerably fewer glucose molecules pass through the membrane.
The measurement involves sticking the measuring head, which is around three centimeters in size, to the baby’s skin and irradiating it with visible light; some glucose molecules diffuse through the membrane from the skin. On the other side of the membrane, the glucose is mixed with a fluid and pumped through the microfluidics chip, while enzymes are added to trigger a reaction. During the reaction, a fluorescence appears, which the fluorometer measures, and the computer uses the reading to calculate the glucose concentration. The process is then repeated with UV light. The computer then uses these two different readings to calculate the premature baby’s blood sugar level.
Research with and on Glucolight continues
The researchers filed a patent application for Glucolight in mid-2014 and the first clinical studies are scheduled at the University Hospital Zurich for 2015. However, it could be years before the use of Glucolight becomes standard. Empa and the University Hospital Zurich are currently in negotiations with partners for the industrial production of the sensor. For the future, the researchers also envisage the use of Glucolight in other fields, such as diabetes.