Managing back pain is often a complex diagnostic and therapeutic challenge because of the wide variety of causes.

While direct neurological impingement by a herniated disc or bone is a frequent cause, inflammatory disease, and associated inflammation-inducing cytokines also play a highly active role in generation of back pain.

The following article will discuss microscopic and macroscopic mechanisms that lead to back pain, as well as MRI imaging clues that help identify these mechanisms.1 Knowledge of these mechanisms and the ability to detect them through imaging findings help guide clinical management of back pain.

Back pain is one of the most common clinical problems worldwide. It is estimated that back pain affects up to 10% of the global population at any given time.2 It causes considerable economic burden on individuals, families, employers, and the state.

There are two mechanisms causing back pain: mechanical (macroscopic) and non-mechanical (microscopic). Back pain may also be classified based on the anatomical location as (a) discogenic pain, (b) neuropathic pain, (c) osseous pain, (d) facetogenic pain and (e) paraspinal/myofascial pain.

Part 1 in this three-part series of articles will deal with the complex subject of the causes of discogenic pain with special reference to MRI findings that help us understand the pain mechanisms and guide management.

The intervertebral disc and adjacent structures receive their sensory nerve supply through the sinuvertebral nerve, which is a recurrent nerve that originates from the spinal nerve outside the neural foramen and follows a recurrent course back into the spinal canal taking sensory branches from the posterior annulus fibrosus, posterior vertebral body, periosteum and ventral meninges (Fig 1). The anterior annulus, anterior vertebral body and periosteum take their sensory supply from the sympathetic chain of ganglia and interconnecting lumbar nerve plexus, which in turn communicates with the sinuvertebral nerve via the gray ramus communicans.

Nociceptors are specialised neurones (single nerve fibres) that convert any process that causes tissue damage into electrical impulses that are transmitted to the higher centres of the brain. At the central level, second order neurones transmit impulses from the mesencephalon and thalamus to the somatosensory and anterior cingulate cortex, respectively. These second order neurones are susceptible to central sensitisation, which increases their excitability causing abnormal responses to normal inputs. These mechanisms are responsible for chronic and psychogenic pain.

Discogenic pain may arise from damage to the outer layers of the annulus that contain pain receptors, which transmit pain stimuli through the sinuvertebral nerves.

Annulus tissue damage can cause pain and inflammation by inducing the release of pain-inducing cytokines and their by-products. Steroids, non-steroidal anti-inflammatory drugs and injectable local anaesthetic agents, control pain by blocking chemical pathways that generate these pain-inducing substances.

Finally, the nucleus pulposus is isolated from the immune system and is recognised as one of the “immunologically privileged” tissues. A tear in the annulus will allows the nucleus pulposus to come in contact with macrophages, which in turn release inflammatory mediator substances.

Degenerative disc disease accounts for 39% of cases of chronic low back pain. The pain is non-specific, non-radicular and occurs in the absence of spinal deformity or instability.4 It results from degradation of the extracellular matrix of which the nucleus pulposus is composed. The matrix degeneration is caused by a decrease in generation of new and healthy matrix and an increase in matrix degrading enzymes.5

Cytokines and other inflammatory/immune mediators such as Interleukin 1 (IL-1) and Tumor necrosis factor alpha (TNFα) released by the damaged disc contribute considerably towards discogenic pain, however they are also likely to be responsible for triggering disc repair mechanisms.6

A bulging disk occurs when the annulus fibrosus protrudes beyond the margins of the vertebral apophysis. Bulging may be symmetrical or asymmetrical (Fig 2).  It therefore encroaches on space normally reserved for neural structures such as the spinal cord, the cauda equina or the segmental nerves in the intervertebral foramina.

Previously annular fissures were referred to as annular tears; however, the term tear might imply trauma as a causative factor. However, tears are separations between the annular fibres or of the annular fibres from their attachments, which may occur in the absence of identifiable trauma.

Annular fissures appear as hyperintense foci within the annulus on T2-weighted MR images (Fig 5). Leakage of disc matrix into the annulus results in pressure on the nerve endings within the annulus and causes release of inflammatory/immune mediators that stimulate the same nerves.

Interestingly, a type 3 (or peripheral/rim) annular fissure appears to be a requisite for a painful disk. It is uncommon for disks to be painful if they only show type 1 and/or 2 annular fissures and no type 3 fissures.7

Once the nucleus pulposus has leaked through endplates or through the annulus fibrosus, this constitutes a disc herniation.

Herniations through the superior or inferior endplates are called intravertebral disc herniations (Fig 6). These herniations are also known as Schmorl’s nodes. They are thought to occur through natural weak points within the vertebral endplate created by perforating nutrient vessels.

Herniations through annulus are classified based on the size of their communication with the main intervertebral disc.

If the diameter at the base (annular side) of the herniation is its widest dimension, this represents a disc protrusion. When the diameter at the base of a disc herniation is narrower than its largest diameter, it is classified as a disc extrusion (Fig 7). When the extruded nucleus pulposus loses its connection with the disc space, it is considered a disc sequestration (Fig 8). Sequestrated disc material may migrate to another location (usually superiorly or inferiorly) (Fig 9).

The degree of inflammatory response to a herniated disc is visible on contrast enhanced T1-weighted MRI scans (Fig 9). This inflammatory reaction, which is one of the mechanisms responsible for causing pain, also leads to resorption of the herniated disk/sequestrum and contributes towards the healing process.

In Part 2 of this series, we will discuss the osseous back pain, its mechanisms and MR imaging findings. 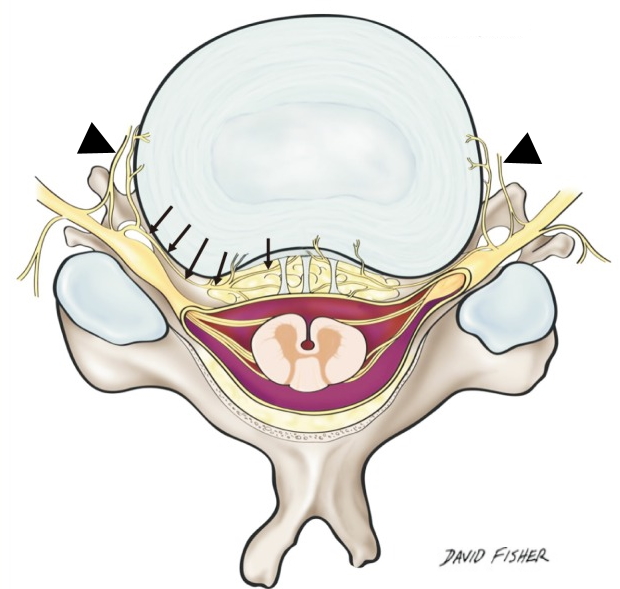 Figure 1: The sinuvertebral nerve (arrows) provides sensory function to the annulus and adjacent structures via recurrent branches that enter the intervertebral foramen and via the gray ramus communicans (arrowhead) that connects it to the lumbar nerve plexus.3 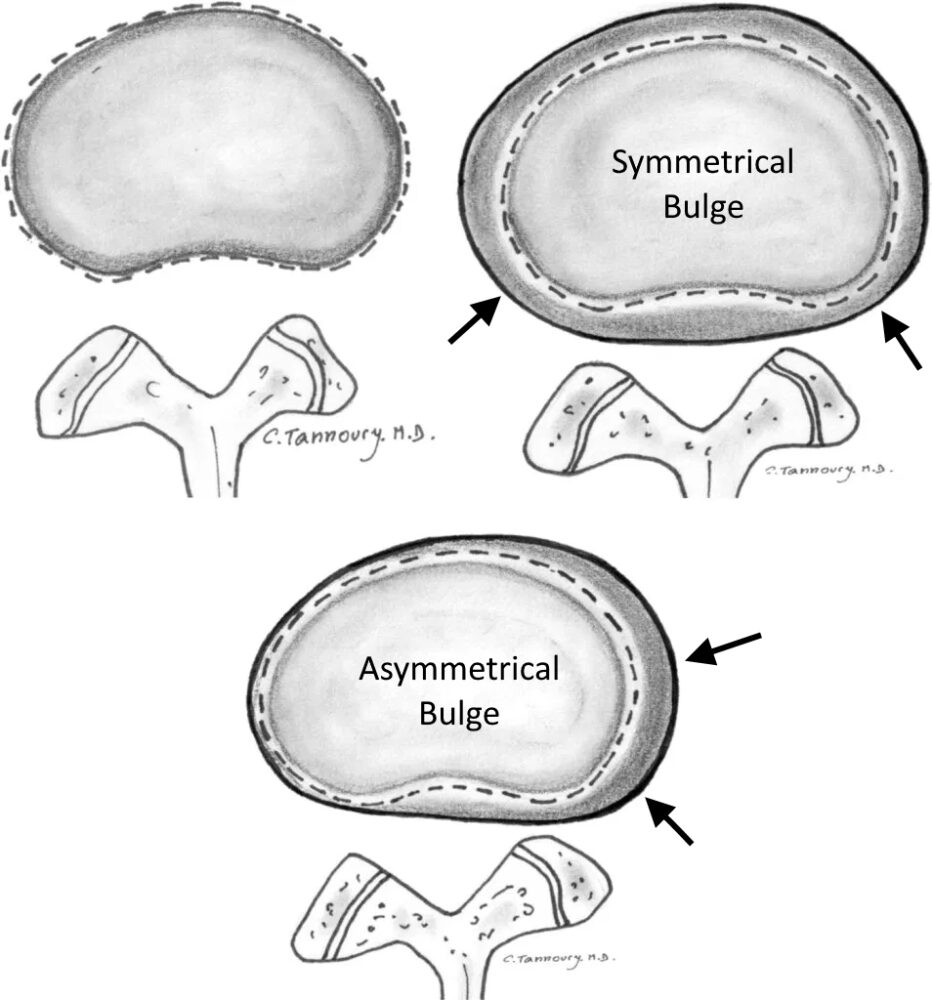 Figure 2: Diagram showing the difference between a symmetrical and an asymmetrical disc bulge. Disc bulges may result in intrinsic pain due to stretching of the annulus fibres. However, dorsal, and lateral disc bulges may also impinge on neurological structures causing neurogenic pain. 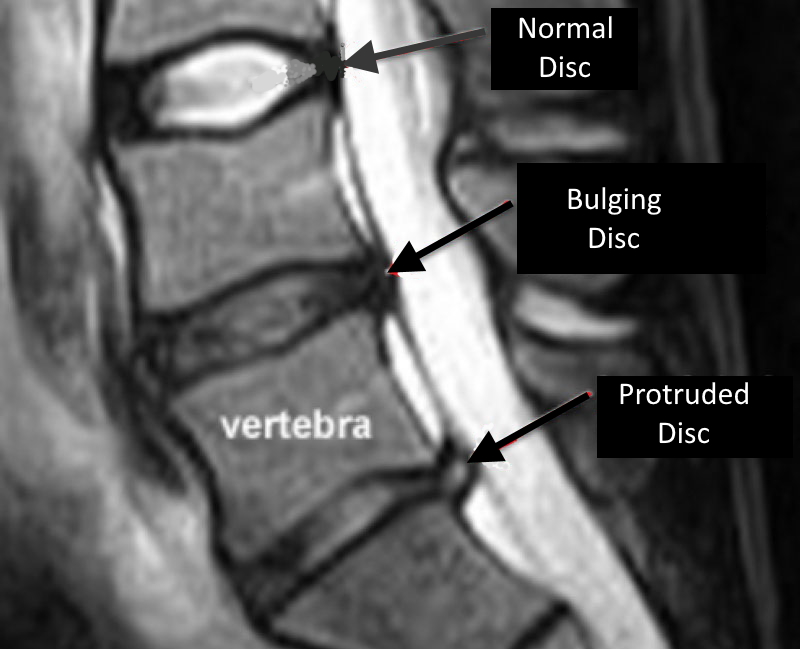 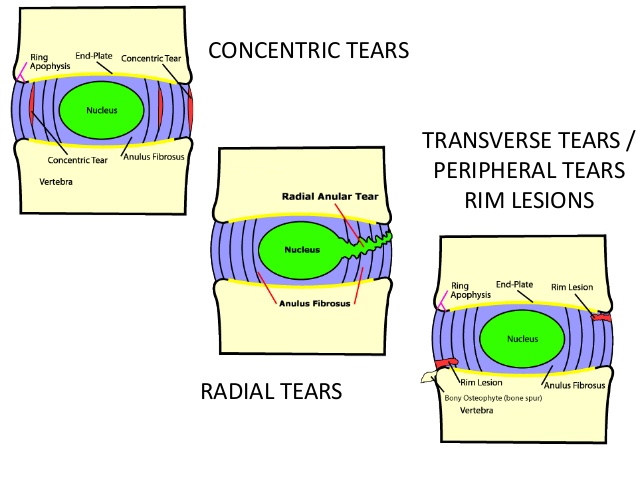 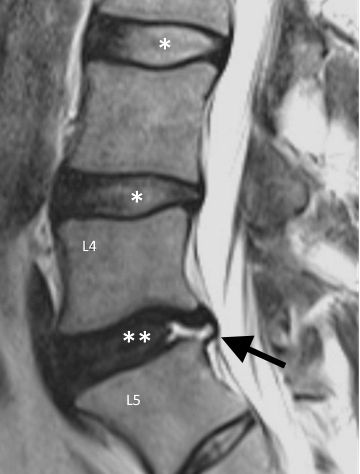 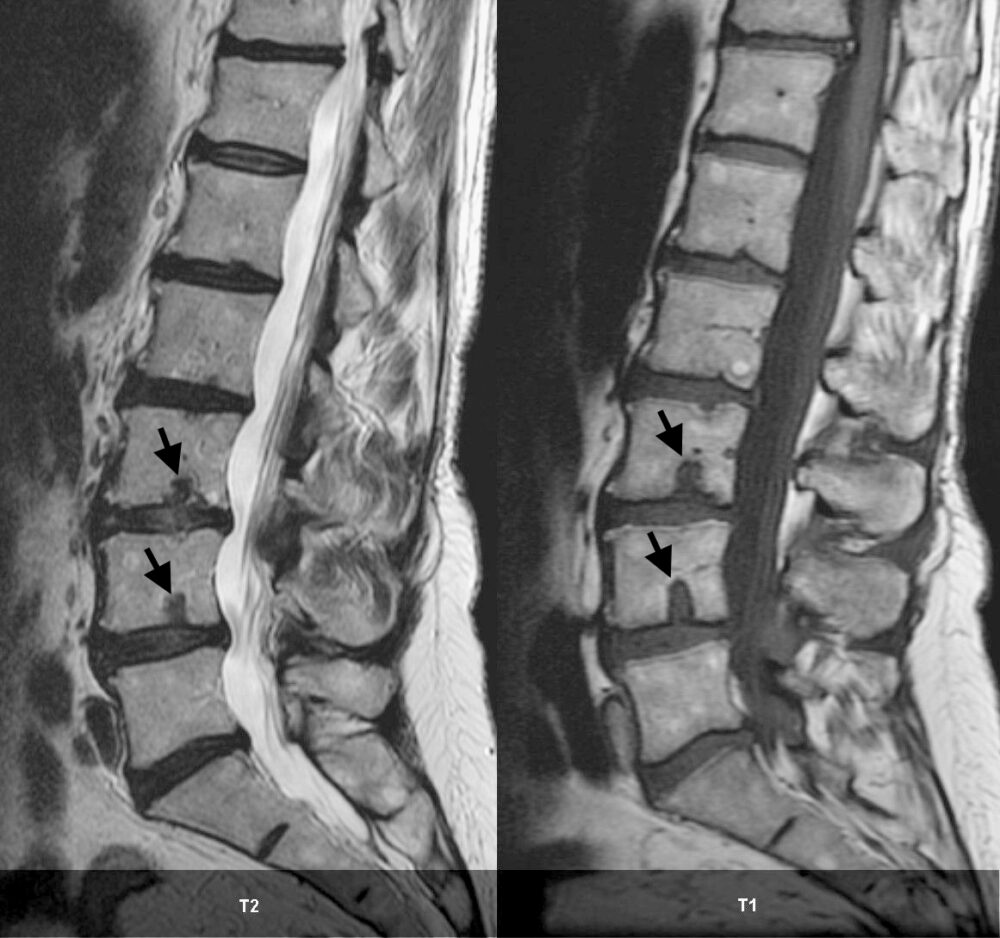 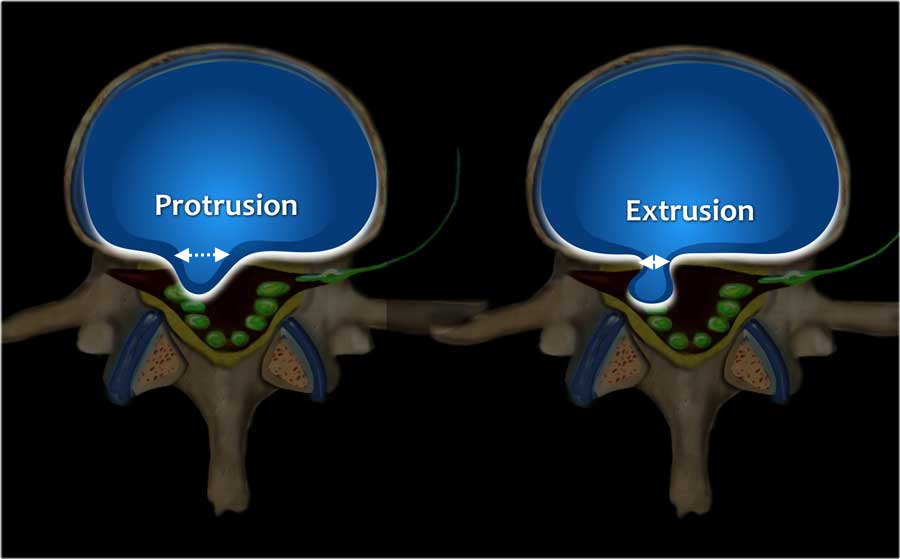 Figure 9: Disk migration. A. Sagittal MRI scan of the lower lumbar spine showing multiple disk extrusions (dotted circles). There are two sequestrated discs; a smaller sequestrum (white arrow) has moved from the level of L2 to L3 as noted in B taken a few days after A;  a larger sequestrum (arrowhead) shows marked contrast enhancement on the contrast enhanced T1-weighted scan (C). Note that there is also contrast enhancement in the adjacent soft tissues resulting from an inflammatory reaction to the sequestrum.

The Role of Pharmacy Students during the COVID-19 pandemic

Doctors for the Environment – Malta

A Maltese Medic in Copenhagen