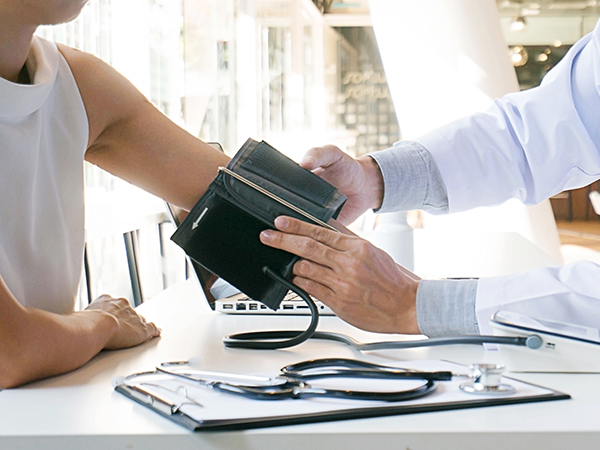 Elevated blood pressure and cholesterol levels in young adulthood may lead to an increased risk of heart disease later in life, regardless of later in life exposure to these risk factors, according to research published today in the Journal of the American College of Cardiology.

Blood pressure and cholesterol are major modifiable risk factors for heart disease. While previous studies have found young adult exposures to be associated with heart disease later in life, it is unclear if this contributes to later risk independently of exposures experienced later in life. This knowledge has been restricted due to the limited age range of previous studies.

A total of 36,030 participants were included in the analysis. Over a follow-up period of 17 years, there were 4,570 incident coronary heart disease (CHD) events, 5,119 heart failure events and 2,862 stroke events. Average measurements of SBP, DBP, LDL and HDL from young adulthood were all strongly correlated with later in life averages. Elevated LDL during young adulthood was associated with a 64 percent increased risk of coronary heart disease, independent of later life exposures. High SBP and DBP in young adulthood were independently associated with a 37 percent and 21 percent increased risk of heart failure, respectively. While no young adult exposures were independently associated with stroke, increased levels of high later life SBP or DBP were strong predictors of stroke.

“Our results add to accumulating evidence that young adulthood is a critical period when high blood pressure or cholesterol are particularly harmful. Maintaining optimal levels of blood pressure and LDL cholesterol throughout young adulthood could yield substantial lifetime cardiovascular disease prevention benefits,” said Andrew E. Moran, MD, MPH, associate professor at Columbia University and senior author of the study. “However, young adults are difficult to reach by way of traditional, clinic-based preventive programs—they are transitioning between pediatric and adult-centered models of care, they often lack health insurance or experience frequent gaps in insurance coverage. Young adult utilization of ambulatory medical care and adherence to preventive health guidelines are the lowest of any age group.”

The researchers recommend implementation of preventive programs targeting individual young adults that are web-based, patient-centered, mobile and account for the fact that this age group may discount the importance of their future heart disease risk.

A limitation of this study is that it relied on imputed risk factor levels before age 40 years. Future studies are needed to validate these findings in cohorts with a follow-up spanning from young adulthood to later in life.

In an editorial comment accompanying this study, Samuel S. Gidding, MD, and Jennifer Robinson, MD, MPH, said that this study should be a wake-up call for the medical community to recognize the preventive care gaps experienced by younger adults.

“The time has come to recognize that preventive interventions are occurring too late in life to have a substantial impact on the population burden of atherosclerotic cardiovascular disease (ASCVD) and heart failure,” they said. “Interventions in those with established ASCVD, advanced subclinical atherosclerosis, impaired myocardial function, diabetes or renal insufficiency are disease treatment studies and not true prevention. By moving to trials in younger higher risk individuals who have less advanced disease more amenable to reversal and developing precision medicine strategies based on genetics, imaging and other risk factors, the next era of cardiovascular disease prevention can begin.”

Moderate carbohydrate intake may be best for health