Heart abnormalities caused by premature birth may be corrected with exercise in young adulthood, according to research presented at EuroCMR 2019, a scientific congress of the European Society of Cardiology (ESC). 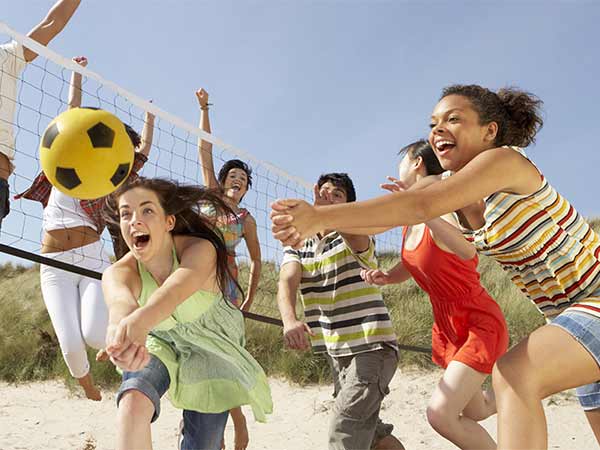 Around 1 to 2% of young adults today were born more than two months prematurely (very preterm) and have heart abnormalities that increase their risk of cardiovascular disease. For instance, the heart is smaller and has to pump harder to supply the body with blood.

“Until now we did not know if this was permanent or amenable to improvement,” said Professor Anne Monique Nuyt, neonatologist and co-principal investigator. “Now, for the first time, we have shown how to make preterm hearts function as well as their peers. No drugs were required – just a 14-week exercise programme.”

The study enrolled 14 participants aged 18–29 years old, of whom eight were born very preterm and six acted as controls. All participants underwent a 14-week exercise programme of aerobic and resistance training three times a week. This included two supervised 90 minute group sessions and one home-based monitored session and was based on Canadian guideline recommendations of at least 150 minutes of moderate to vigorous physical activity per week in combination with resistance training.

The heart’s structure and function were measured before and after the exercise programme using cardiovascular magnetic resonance (CMR) imaging.

Compared to controls, heart structure and function were worse in preterm participants at the start of the study but similar after the exercise programme. Specifically, the heart’s pumping and contracting functions normalised, meaning the heart no longer had to work extra hard to provide the body with blood.

“We found that a short exercise programme may improve overall cardiac performance and subtle abnormalities in cardiac function in preterm adults,” said first author Elizabeth Hillier, of McGill University, Montreal, Canada. “Advances in neonatal care have enabled premature babies to survive but the abnormal shape and function of the heart is sustained. Exercise in early adulthood corrects these impairments, which should reduce the risk of cardiovascular disease.”

The team used a CMR protocol that visualises subtle changes in heart shape and function. Imaging was performed during hyperventilation for 60 seconds followed by a breath-hold to assess how the heart functioned in a stressful situation (similar to diving).

Ms Hillier said: “With this technique we can detect even mild abnormalities and track the response to interventions. Unlike other methods, we did not have to inject a dye, no radiation was used, and we did not need to administer drugs to put the heart under stress.”
Full bibliographic information

The Sounds of Eating May Reduce How Much You Eat

What prescribers and patients do not know of the side effects of antidepressant drugs?