The UPV/EHU-University of the Basque Country has found that certain drugs and sunscreens are contaminating the water, are being accumulated by fish and causing them to have side effects 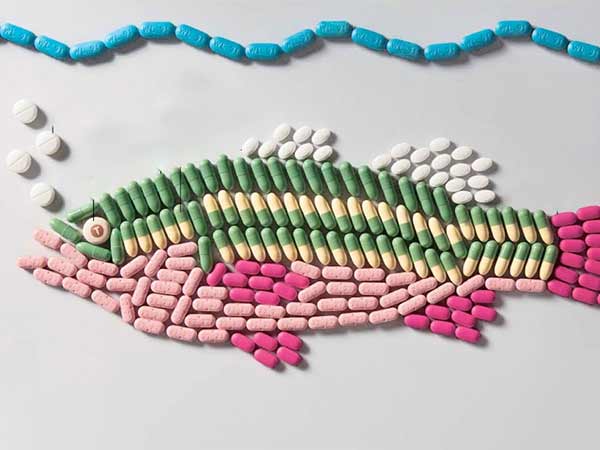 The UPV/EHU’s Department of Analytical Chemistry has developed analytical methods to measure the content of antidepressants, antibiotics and ultraviolet sunscreens in the water and in the fish. They have also analysed the build-up of these contaminants in fish tissue and fluids, their transformation and the effects they have on a molecular level.

Residues of drugs and personal care products are on the rise in aquatic ecosystems, and concern is growing across the scientific community and society surrounding the side effects that they may have in living aquatic organisms. Major efforts have been made to identify and monitor these types of contaminants and their sub-products in the outlets of treatment plants and in environmental surface waters, but one of the significant challenges continues to be how to evaluate the affect they have on the biota.

By means of environmental biomonitoring, the risk posed by the build-up of these contaminants in fish and other aquatic organisms has been proven, but there has been no in-depth research into the way in which drugs and personal care products are building up, being distributed, metabolised and eliminated in the tissue and biological secretions of these organisms. “The lack of knowledge surrounding the transformation and biodegradation of drugs and personal care products may lead to underestimating the true effects of fish exposure to these contaminants,” explained the UPV/EHU researcher Haizea Ziarrusta-Intxaurtza. “These by-products (resulting from transformations and metabolites) may be as hazardous as or more hazardous than their precursors.”

In this respect, in the research conducted in the Department of Analytical Chemistry, the researcher Haizea Ziarrusta has discovered that the antidepressant amitriptyline, the antibiotic ciprofloxacin, and the UV filter oxybenzone can accumulate in fish and that these contaminants “are leading to side effects in the plasma, brain and liver of the fish, because they interfere in their metabolism and may even affect them on an organism level”, she added.

When seeking an answer, scores of questions emerge

To draw these conclusions, the research team firstly optimized various analytical methods “to be able to determine the drugs and personal care products in the water and in fish tissue”, said the researcher. By using these methods the team has confirmed the existence of these contaminants in various estuaries in Bizkaia and in the fish, but “we wanted to see the effects they had on fish by analysing the changes taking place in their metabolisms”, explained Ziarrusta.

They conducted experiments involving exposing gilt-head bream at the Plentzia Marine Station, where they evaluated the bioaccumulation of amitriptyline, ciprofloxacin, and oxybenzone and their distribution in the tissue of these animals. “We also investigated the biotransformation of these contaminants and characterised their degradation products; finally, we investigated the changes brought about by these contaminants on a molecular level by analysing the metabolism of the fish,” she added. They analysed the contaminants one by one, but Ziarrusta pointed out that the reality is in fact different: “Firstly, we have to understand things one by one so that we can then understand what is going on in general terms. In actual fact, there isn’t just one contaminant in the water and the fish are being continuously exposed.”

In this respect, the researcher says that much work remains to be done. “The concentration of contaminants of this type is worrying, because consumption is on the rise and we are unable to eliminate them at the treatment plants, so they reach the fish and are changing their metabolisms. We don’t know the extent to which this exerts an influence on an individual level, and the problem could reach stock levels. As we contaminate the sea, in other words, as the contaminants increase, the situation will get worse, and we need to know whether there is a risk of the contaminants that are building up in fish reaching humans.” In any case, as the researcher pointed out, “the analytical approaches we have developed can also be used to analyse other types of contaminants and species; and that way it will be possible to merge decisive information to assess the environmental risks and establish new regulatory measures”.

Assessment of People with Memory Symptoms