Exercise during pregnancy can give child stronger bones

Vitamin D is important to enable calcium to be absorbed into the intestine. During pregnancy, vitamin D is especially significant because extra calcium is needed to build the baby’s skeleton.

Low vitamin D levels in pregnancy can therefore be negative for the bone health of both mother and child. 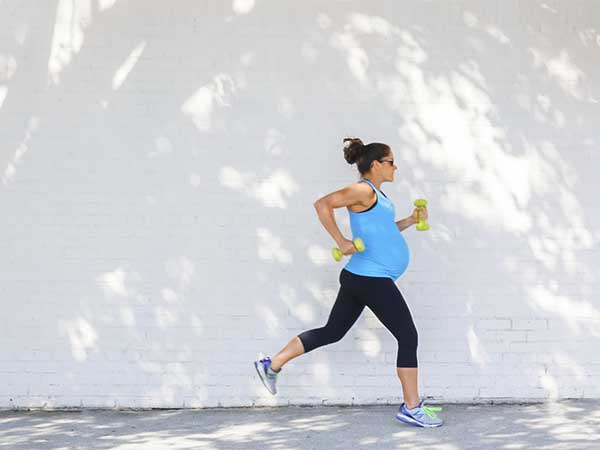 There is also a risk of other negative health consequences, such as gestational diabetes and low birth weight, when mothers have too little vitamin D in their own bodies or a vitamin D deficiency.

Few pregnant women take vitamin D supplements
Senior consultant and associate professor Miriam K. Gustafsson from the Norwegian University of Science and Technology (NTNU) has previously found that one-third of pregnant women in two large cities in Norway are vitamin D deficient. Only one in five women in the study took supplements of this important vitamin.

The results of another study from Gustafsson’s doctoral thesis indicate that exercise can have a positive effect on vitamin D status in pregnancy. This finding reinforces how important it is for women with uncomplicated pregnancies to follow the recommendations for regular exercise.

However, the difference in vitamin D levels between pregnant women who exercised and those who didn’t was small, and the researchers are recommending that the relationship between exercise and vitamin D in pregnant women be investigated in further studies.

15 per cent higher in French study
“We need more similar studies to be able to say anything with certainty about the effect of exercise in pregnancy on vitamin D production. However, our findings seem to be consistent with previous findings in non-pregnant women,” Gustafsson says.

She mentions a large French study that found a link between physical activity and higher vitamin D levels in adults (Touvier et al.). When taking into account sun exposure and outdoor activities, vitamin D levels were 15 per cent higher among those who did at least one hour of walking or a similar activity every day, as compared with women who did exercised only sporadically.

“It’s still not entirely clear why vitamin D levels increase in connection with exercise – and whether the same active mechanism is at work in pregnant women as in non-pregnant women. A number of researchers believe that the muscles can serve as a storage space for vitamin D. The vitamin can be released during exercise and thus contribute to the increase of vitamin D in the blood,” says the researcher.

She also notes that regular exercise can contribute to greater muscle density and to a greater amount of vitamin D being released. Obesity is also associated with lower vitamin D levels, which is explained by the fact that vitamin D is more difficult to access when stored in fatty tissue.

Plenty of reasons for healthy pregnant women to exercise
In a normal pregnancy, easy to moderate physical activity carries no risk and provides great health benefits.

Exercise during pregnancy can counteract excessive weight gain and reduce the risk of muscle and skeletal disorders and incontinence.

Other known effects of exercising are a lower risk of gestational diabetes and lower blood sugar in women with gestational diabetes. Some studies also suggest that physical activity lowers the risk of pregnancy depression, high blood pressure, pre-eclampsia and caesarean section.

The Norwegian health authorities recommend that pregnant women who haven’t been exercising should start slowly and gradually build to 150 minutes of moderate intensity training, distributed evenly throughout the week (e.g. 30 minutes five days a week). A pregnant woman should push herself hard enough so that she becomes slightly breathless, but still be able to hold a conversation.

Finding an activity that you like is important and makes it easier to maintain an exercise routine over time. It is also recommended to include physical activity as part of your daily to-do tasks.

The research is published in BMC Pregnancy and Childbirth: The effect of an exercise program in pregnancy on vitamin D status among healthy, pregnant Norwegian women: a randomized controlled trial.

Source: The Norwegian University of Science and Technology (NTNU)

Synapses of the reward system at stake in autistic disorders