A Finnish study demonstrates that as little as half an hour of light exercise per week effectively protects against subarachnoid haemorrhage, the most lethal disorder of the cerebral circulation. 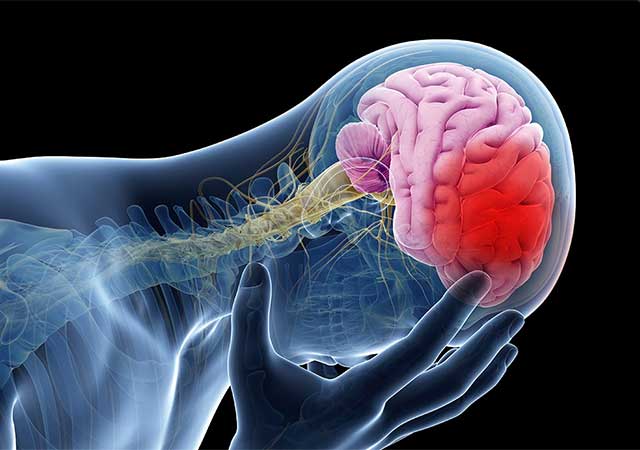 Among disorders of the cerebral circulation, subarachnoid haemorrhage (SAH) is the most lethal kind, with as many as half of those affected dying within three months. As the related mortality rate is high, a feverish search for predisposing factors has been underway across the globe for the past few decades. Previously, smoking and high blood pressure have been observed to heighten the risk of an SAH haemorrhage, but research evidence on the effects of exercise has remained scarce.

In a Finnish follow-up study published in the distinguished Scientific Reports journal, the effects of exercise on SAH risk were investigated in a cohort of roughly 70,000 Finns gained from the FINRISK population survey. The findings indicate that as little as half an hour of light exercise per week reduces the risk of SAH by approximately 5%, with the benefit increasing proportionally to the amount of exercise. This can be achieved, for example, by walking, cycling or, say, skiing to work.

“Even moderate physical exercise, such as a 30-minute walk or bike ride four days a week reduces the risk of SAH by roughly 20%, regardless of age and gender,” says physician Joni Lindbohm, the principal author of the research article.

“As such, the finding did not really come as a surprise, as exercise is known to work well in preventing many other cardiovascular diseases. However, the extent and comprehensive nature of the benefit among various groups of people was a positive surprise.”

The study also demonstrated the favourable effect of increased exercise in connection with smoking and high blood pressure, the other SAH risk factors. For smokers in particular, exercise reduces the risk as much as twice the amount applicable to the rest of the population.

“However, what must not be overlooked is the fact that smoking remains the number one risk factor for SAH and that quitting smoking is the principal way of preventing the appearance of the disorder,” Lindbohm notes.

Most SAH haemorrhages are the result of ruptured cerebral aneurysms, causing blood to flow from the largest cerebral arteries into the space between meninges, the membranes surrounding the brain, which increases intracranial pressure and reduces cerebral circulation.

“Even with no accurate scientific evidence of the biological mechanism of action produced by exercise in terms of SAH, the reduced risk is most likely connected with a reduction in a systemic inflammatory state, which also affects the walls of cerebral arteries,” neurosurgeon Miikka Korja explains.

According to Lindbohm and Korja, key to minimising the risk of SAH is quitting smoking, balancing one’s blood pressure and exercising regularly.

Moderate carbohydrate intake may be best for health