While external disease or trauma was easily identifiable and related to a particular event, ancient populations often looked at internal disease as unexplainable and correlated with the influence of malicious spirits or deities. The Ancient Egyptians were no exception and often their medical culture developed mythological concepts to help protect them from internal disease. Mention has already been made of the recourse made by parturient women to the deities Bes and Taweret. Other deities in the Ancient Egyptian pantheon were attributed with protective and healing magical powers.

In the various Egyptian medical texts, Isis is shown to have held an important place in the pantheon of healing deities. Her legend is full of episodes of magic cures, and repeatedly she appears as the great magician whose counsel is the breath of life, whose sayings drive out sickness, and whose word gives life to him whose breath is failing. Horus, son of Isis and Osiris, was the falcon-headed sky god. The mythical story of his fight with Seth, established Horus as the god of the sun and god of life and of all good. During his battle against Seth, Horus had his eye gouged out. This was later restored by the deity Thoth. The eye of Horus (the Ugiat) remained a magical talisman for health throughout Egyptian history. The British Museum Medical Papyrus written at the end of the 18th Dynasty (circa 14th century BC) records how the Ugiat was invoked while applying a remedy to diseased eyes with the following charm recited four times. “This Eye of Horus created by the spirits of Heliopolis, which Thoth has brought from Hermopolis – from the great hall in Heliopolis, – in Pe,- in Dep, sayest thou to it: ‘Welcome, thou splendid Eye of Horus, – thou content of the Eye of Horus – brought to drive out evil of the god, the evil of goddess, the demon, male and female, the dead, male and female, the enemy, male and female, who have insinuated themselves into the eyes of the sick under my fingers. – Protection, behind me protection, come protection!” Horus had also been stung by a deadly scorpion and was saved by the powerful spells of the gods. He thus was considered to have himself acquired special facilities to cure people bitten by venomous animals. The deity Ptah-Patecus, when depicted in his alternative form as a deformed dwarf with twisted legs, hands on hips and a huge head shaved except for the childish lock, played the role of protector against noxious animals and against all kinds of evil. The ibis-headed or dog-headed ape Thoth was considered a great physician and magician acting as physician to the god Horus. He was regarded as the god of magic, and was the arbiter between the gods and had the knowledge needed by the dead to pass safely through the underworld. In the introduction to the Ebers Papyrus, it is stated that “I (Re, the sun god) will save him from his enemies, and Thoth shall be his guide, he who lets writing speak and has composed books; he gives to the skilful, to the physicians who accompany him, skill to cure.”

Recourse to the use of charms and invocations was also made as accompaniments to herbal medicine. It was expected that physical medicines, such as herbs assuaged pain; only the magical invocation affected the cure. Thus for example, the Ebers Papyrus describes several charms and invocations that were used to encourage healing. One is used before taking a herbal remedy as follows: “Come Remedy! Come thou who expellest (evil) things in this my stomach and in these my limbs!”; also the same text links the two perceived therapeutic options with the statement “Magic is effective together with medicine. Medicine is effective together with magic”. Other therapeutic options were used for various disease conditions, including massage: “Examination of a woman aching in her legs and her calves after walking
You should say of it ‘it is discharges of the womb’. You should treat it with a massage of her legs and calves with mud until she is well” [Kahun Medical Papyrus]; as well as therapeutic herbs and foods.

Herbs played a major part in Egyptian medicine. Examples of prescriptions can be found in the Ebers Papyrus which mentions the use of opium, cannabis, myrrh, frankincense, fennel, cassia, senna, thyme, henna, juniper, aloe, linseed and castor oil. “For the evacuation of the belly: Cow’s milk, 1; .grains, 1; honey 1; mash, sift, cook; take in four portions……To remedy the bowels: Melilot (?), 1; dates, 1; cook in oil; anoint sick part……To refresh an aching head: Flour, 1; incense, 1; wood of wa, 1; waneb plant, 1; mint (?), 1; horn of a stag, 1; sycamore (?) seeds, 1; seeds of [ (?)], 1; mason’s plaster (?), 1; seeds of zart, 1; water, 1; mash, apply to the head……To renew bowel movements in a constipated child: An old book, boil in oil, apply half on the belly to re-establish evacuation” [Ebers Papyrus]. Egyptians thought garlic and onions aided endurance, and consumed large quantities of them. Cloves of garlic have been found in Egyptian burial sites, including the tomb of Tutankhamen and in the sacred underground temple of the bulls at Saqqara. Leaves from many plants, such as willow, sycamore, acacia or the ym-tree, were used in poultices and the like. Tannic acid derived from acacia nuts commonly helped to heal burns. Tape worms, “the snakes in the belly,” were dealt with by an infusion of pomegranate root in water, which was strained and drunk. Animal products and minerals were also used as pharmacological agents. Honey and grease formed part of many wound treatments; mother’s milk was occasionally given against viral diseases like the common cold; fresh meat was laid on open wounds and sprains; and animal dung was thought to be effective at times. A cosmetics jar at the Cairo Museum bears the legend: “Eye lotion to be dispersed, good for eyesight.”

According to Herodotus there was a high degree of specialisation among physicians: “The practice of medicine is very specialized among them. Each physician treats just one disease. The country is full of physicians, some treat the eye, some the teeth, some of what belongs to the abdomen, and others internal diseases” [Herodotus, Histories 2,84]. Nothing certain is known about how physicians acquired their medical knowledge. It is probable that they were apprenticed to practising healers. Although the field was mainly dominated by men, we do find records of female physicians. An Old Kingdom female physician named Peseshet left a stele which recorded her positions of Overseer of Funerary Priestesses and of Overseer of Female Physicians.

Besides the medical conditions mentioned in the various medical papyri, evidence of disease states affecting the Ancient Egyptians is also furnished by the archaeological record. 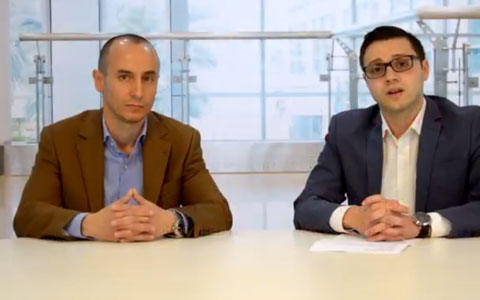 Normal variants of the lower limbs in children