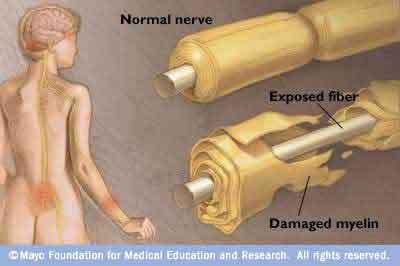 In most recent times there is a trend to limit GP’s role – against his will – to a character managing bureaucratic tasks and certifications, to the detriment of the relationship with the patient.

Luckily, behind this cliché, there is really a dimension where, among lots of obstacles, GPs try to focus their attention on patient as a person, with his disease, his problems and resulting difficulties.  A fair ability is needed to realize this process: consultation time is becoming shorter and shorter, and to make correct and appropriate diagnosis it is necessary to use information given by the patient putting the right questions to evaluate differential diagnosis.  Sometimes a patient complains of “trivial” symptoms leading to immediate diagnosis with good prognosis, but other times some apparently trivial symptoms may hide serious pathology, that could irreparably threaten patient’s quality of life, or even his life, if not readily treated.

A typical case of this situation occurred in our Practice. A 71 years old male patient came for consultation, complaining of hypoesthesia on the soles of the feet which started after a bath, later he developed lower limbs weakness gradually worsening in the following days, and then pain in the back and thigh..  Answering to a specific question put by his GP, he reported a flu episode, with rhinitis and fever, about ten days before, with spontaneous remission.

Considering possible complications of this pathology,  the GP sent the patient to Emergency Ward,

signaling  his  suspect of Guillain Barré syndrome, that was seriously taken into consideration during triage.  The GP explained clearly and precisely the situation to the patient, not frightening him, but making him understand the importance of obtaining a rapid confirmation of the diagnosis.  The patient, who experienced progressive worsening of the symptoms with problems in walking, wisely went at once to the Hospital, where he was submitted to Neurological evaluation.

Objective examination showed: lower limb hyposthenia (with paresthesiae in feet and hands); hypoesthesia for touch and puncture in both thighs;  tendon jerks:  absent at ankle and knee,  weak in upper limbs;  swinging when standing with closed eyes, mainly backward.

All these signs confirmed the GP’s diagnostic hypothesis: Guillain Barré syndrome. So the patient was admitted into the Neurological Department, where he had blood and urine examinations, screening for hepatic viruses, search for auto antibodies, ECG, lumbar puncture, larynx fibroscopy, respiratory function examination, electromyography and electroneurography. All these examinations were normal, except the last two ones, showing reduction in distal potential amplitude for all tested nerves, increase in CMAP distal latency of median nerve and, less, in right ulnar nerve,, signs of chronic impairment of left anterior tibial muscle and slight reduction of voluntary recruitment in all tested muscles: these results also confirmed Guillain Barré syndrome diagnosis.

During the first days of hospital stay,  paresthesia in hands occurred, followed by impairment in fingers’ fine movements.  Treatment with Intravenous Immunoglobulin 35g/die was performed for five days, without side effects, and also Deltacortene 75 mg/die and gastro protection was given, and physiotherapy was simultaneously started, with objective and subjective clinical improvement.  After the acute phase the patient was admitted in Rehabilitation Department where he was treated for 40 days to improve his autonomy in postural changes, in standing, balancing and walking, to prepare him to return home.   Swallowing and fine motility were also evaluated.  Patient’s compliance to the offered rehabilitative treatment was very good, and he obtained progressive improvement in static and dynamic balance and in walking steadiness.

At discharge, there was no muscle tone impairment in upper and lower limbs, muscle trophism was normal, so was muscle strength in all limb segments’ movements against resistance.  The patient was again autonomous in postural changes, was able to stand and walk without support, with clear improvement in step fastness and length, with marked reduction in falling risk and good autonomy in all personal care activities.

This really emblematical case shows how family doctor has always to pay extreme attention at every patient coming to his practice: some symptoms that could be mistaken for related to some minor affection, as flu-like syndrome, concealed a very dangerous disease that, if not timely diagnosed and treated, could have had very poor outcomes for the patient.  It is also fundamental the continuity in care provided by this kind of doctor: the patient has got in his family doctor  a reference person, a professional who follows up him in every phase of the disease, from diagnosis to treatment, evaluating from time to time improvements, difficulties, drug efficacy and side effects.  Family doctor always stands by his patient in any disease, providing counseling, explanations, reassurance, and, of course, treatment, acting as an intermediate between the patient and specialists and hospitals asked for referral according to the disease affecting him/her that time.

Warhol, a specific idea about death