“With breast tomosynthesis, 34 per cent more cancer tumours were detected compared to the current standard mammography screening. At the same time, we were able to reduce the compression of the breast during examination, something that may encourage more women to participate in screening”,explains Sophia Zackrisson, associate professor at Lund University and radiologist at Skåne University Hospital (SUS), continuing:

“We did, however, need to call back a few more women for additional examinations compared to traditional mammography. We needed to confirm that these women did not have cancer, as this method finds more structures in the breast in general. So, there was an increased call-back rate.” 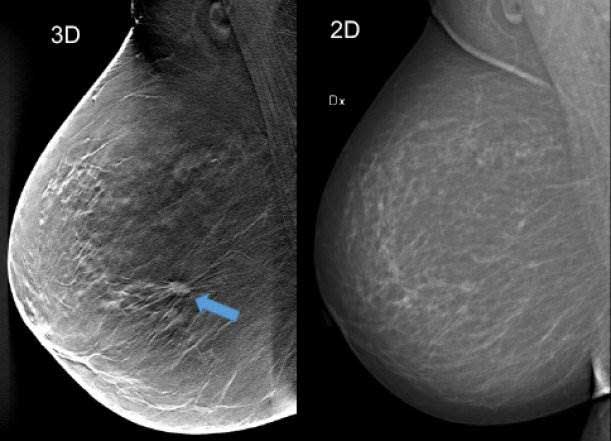 In traditional mammography screening, all breast tissue is captured in a single image. Breast tomosynthesis, on the other hand, is three-dimensional and works according to the same principle as what is known as tomography. This means that several low-dose x-ray images are taken of the breast from different angles, which are reconstructed by a computer to show thin layers of the breast. With more and improved image informationand less overlapping tissue structures, the chance of detecting tumours increases. Further, the radiation dose may be lowered in certain circumstances.

“There is a need to improve screening for many women, and breast tomosynthesis is clearly the most appropriate method to transition to in breast cancer screening. Breast tomosynthesis will be introduced, it’s just a question of when and to what extent”, says Sophia Zackrisson.

Breast tomosynthesis is already used at Skåne University Hospital, among other places, to investigate suspected breast cancer. Prior to a possible large-scale introduction in the general breast cancer screening programme, the research team is now conducting a cost-benefit study.

All types of screening involve a risk of overdiagnosis, which in turn may lead to unjustified treatments. Therefore, the research team, in collaboration with their European colleagues, will conduct a metastudy in which they will aggregate and analyse their collective research results.

The lack of radiologists who can review the increased image material generated by 3D methods presents a further challenge before large-scale introduction. However, the method used at Skåne University Hospital may be more efficient than those previously examined in international studies. In Skåne, only the 3D method has been used whereas other studies have combined 3D with traditional mammography screening. This leads to more image material and a higher radiation dose.

“We have shown that we can achieve the same result with a simpler and perhaps even better method”, says Sophia Zackrisson.

In the future, parts of the image review in connection with breast tomosynthesis may be automated with the help of computers, but it will take time. There is currently a lack of appropriate ready-to-use and tested software. Studies are underway, including in Sophia Zackrisson’s research team.

Diagnostic Imaging of Mass Lesions in the Hand