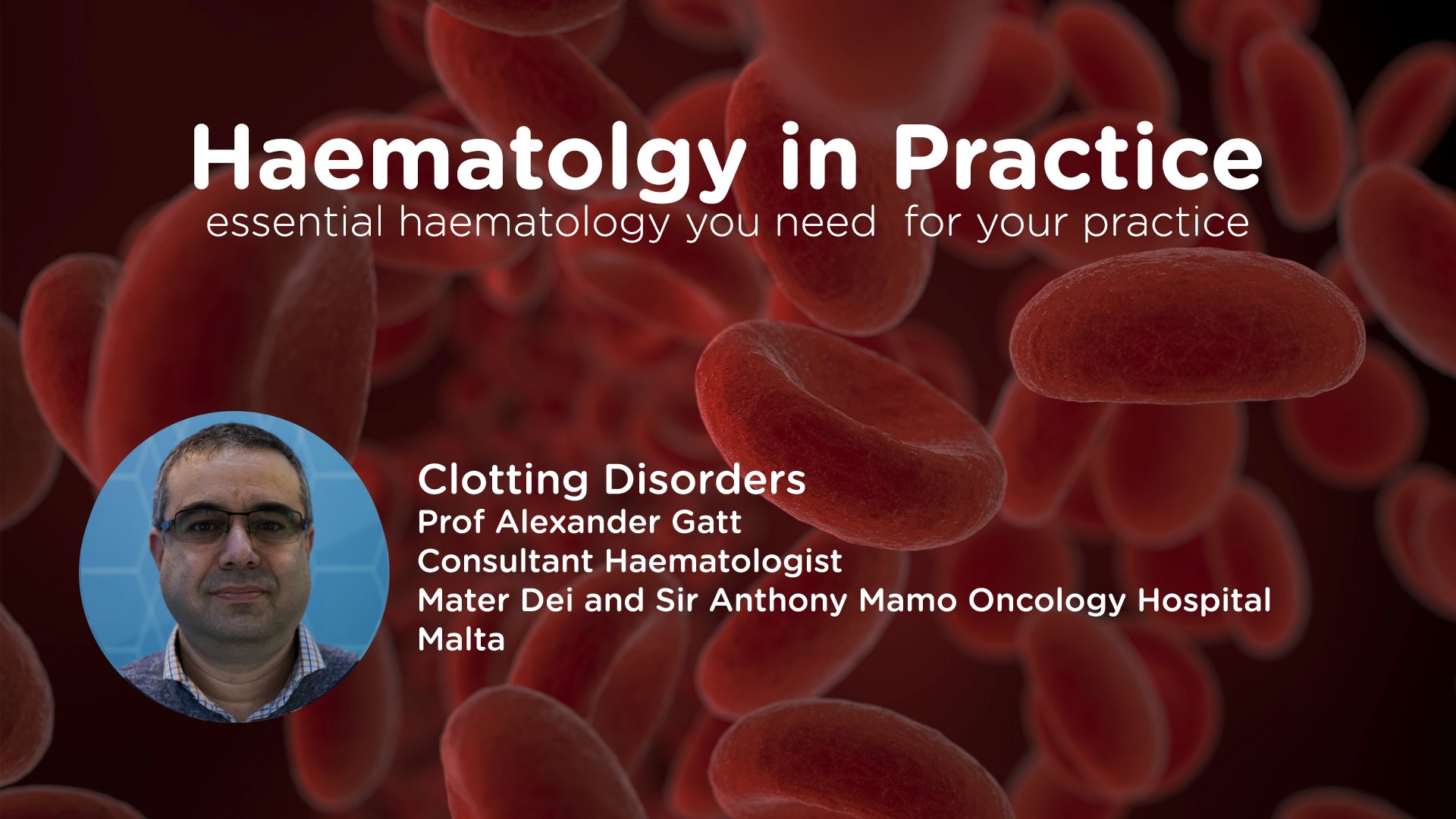 This is the last of three sessions in the module Haematology in Practice launched on cme.eu.

In the section on thromboses, Doctor Alexander Gatt, Consultant Haematologist at Mater Dei Hospital, gives us an overview of the risk factors as well as precipitating factors for Deep Vein thrombosis and Pulmonary Embolism. Appropriate diagnostic investigations including the role of D Dimer in the exclusion of outpatient DVT is discussed.

The various treatment options for DVT is discussed in detail including which classes of drugs are indicated for particular cases.
The second section deals with bleeding disorders. Specifically, Doctor Gatt discusses von Willebrand disease which is frequently undetected as the symptoms, such as epistaxis, gum bleeding and menorrhagia, are very common and are frequently normalised. The management of von Willebrand disease is discussed in detail.

Login
Accessing this module requires a login. Please enter your credentials below!
Lost Your Password?