Vitamin D supplements have been found to reduce the risk of potentially fatal lung attacks in some chronic obstructive pulmonary disease (COPD) patients, according to a study led by Queen Mary University of London. 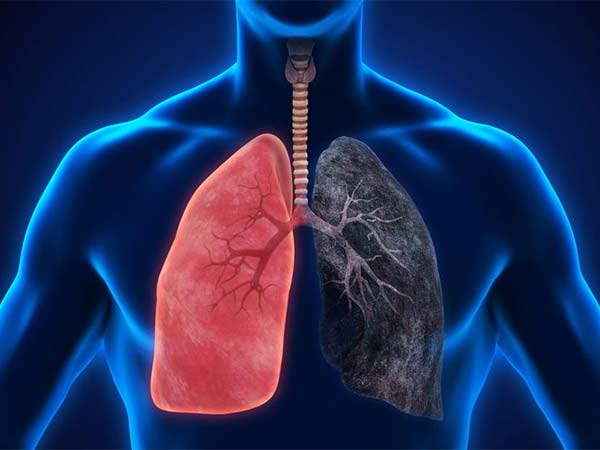 The findings add to a growing list of health benefits for the ‘sunshine vitamin’. While vitamin D is best known for its effects on bone health, previous studies by Queen Mary researchers have revealed its role in protecting against colds, flu and asthma attacks, and even helping with weight gain and brain development in malnourished children.

The latest research, carried out at Queen Mary and funded by the National Institute for Health Research (NIHR), found that the use of vitamin D supplements led to a 45 per cent reduction in lung attacks among COPD patients who were deficient in vitamin D. No benefit was seen for patients with higher vitamin D levels.

COPD describes a number of lung conditions, including emphysema and chronic bronchitis, where a person’s airways become inflamed, making it harder to breathe 1. Almost all COPD deaths are due to lung attacks (termed ‘exacerbations’) in which symptoms worsen acutely. These are often triggered by viral upper respiratory infections – the type that cause the common cold.

The disease affects more than 170 million people worldwide, and caused an estimated 3.2 million deaths in 2015. 1.2m people have COPD in the UK, which is the cause of five per cent of the UK’s total deaths (around 30,000 per year), and costs the NHS £800m per year.

“Vitamin D supplementation is safe, and it costs just a few pence to supplement a person for a year – so this is a potentially highly cost-effective treatment that could be targeted at those who have low vitamin D levels following routine testing.

“Around a fifth of COPD patients in the UK – about 240,000 people – have low levels of vitamin D. Reducing risk of attacks in such a large group would have major benefits for patients and for the NHS, since many attacks require costly hospital admission.”

The study, published in the journal Thorax, is based on a new analysis of data from 469 patients across three clinical trials in the UK, Belgium and the Netherlands.

Clinical trials investigating effects of vitamin D supplementation on COPD have shown conflicting results. By pooling all the individual patient data from different clinical trials, the team set out to determine whether vitamin D might have a protective effect on certain groups of COPD patients.

The analysis found that vitamin D supplements, given by mouth, reduced the rate of moderate/severe COPD exacerbations in patients with low vitamin D levels (less than 25 nmol per litre of blood or 10 nanograms per millilitre).

Doses of vitamin D ranged from 30 micrograms daily to 2500 micrograms monthly. Supplementation did not influence the proportion of participants experiencing serious adverse events, indicating that it was safe.

This echoes the Queen Mary team’s previous studies which found that vitamin D had the strongest protective effects against asthma exacerbation and acute respiratory infections such as colds and flu in people who had the lowest vitamin D levels to start with.

Public Health England and the Scientific Advisory Committee on Nutrition advise a daily intake of 10 micrograms of vitamin D.

The study is limited in that the data come from a relatively small number of trials, so the authors warn that the findings should be interpreted with a degree of caution.

Proper disposal of medicines for a Greener Future